But then he met his match Wednesday, just before making his postseason debut in the Korea Baseball Organization (KBO). 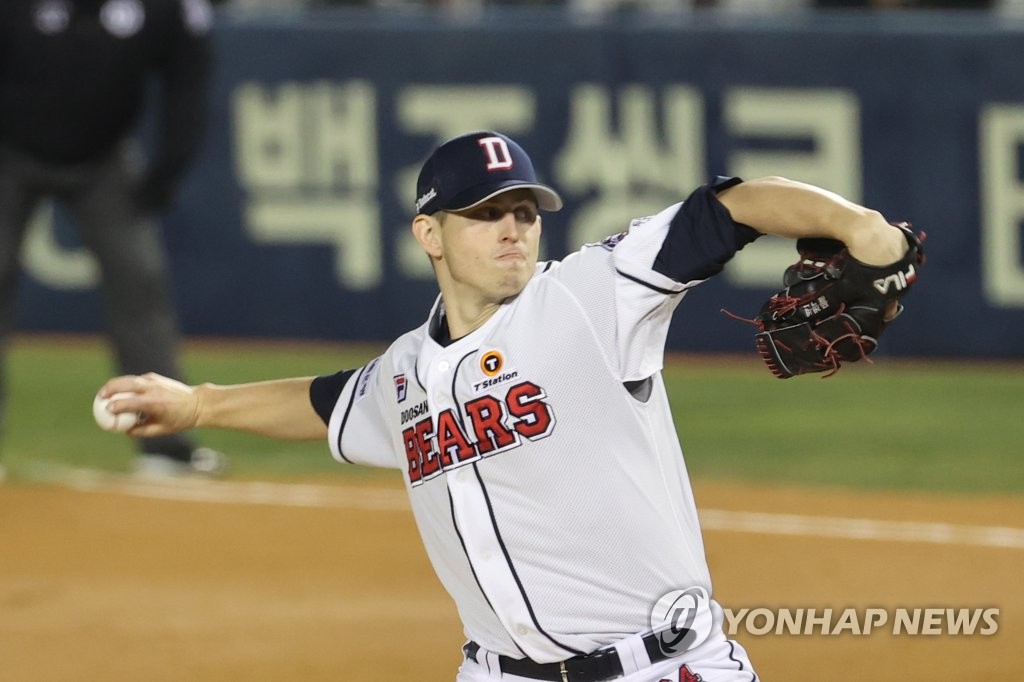 Dustin Nippert, former MVP-winning ace for the Bears, was invited to throw out the ceremonial first pitch before the Bears faced the LG Twins to open their best-of-three first round. Wearing his old No. 40 jersey and a pair of jeans, Nippert and his 203 cm frame returned to the old stomping ground. On top of the mound, Nippert looked even taller to Flexen.

"He's extremely tall. I had to look up to him," Flexen said with a laugh.

Nippert also boasts a resume that would compel young pitchers to look up to him, figuratively. The retired 39-year-old was one of the most beloved Doosan players during his seven-season tenure. He won the 2016 regular season MVP and helped the club to Korean Series titles in 2015 and 2016. Nippert was also excellent in postseasons, winning the MVP award for the second round in 2015 thanks to 16 combined shutout innings in two starts. From 2015 to 2017, Nippert set a new KBO postseason record with 36 1/3 consecutive scoreless innings. 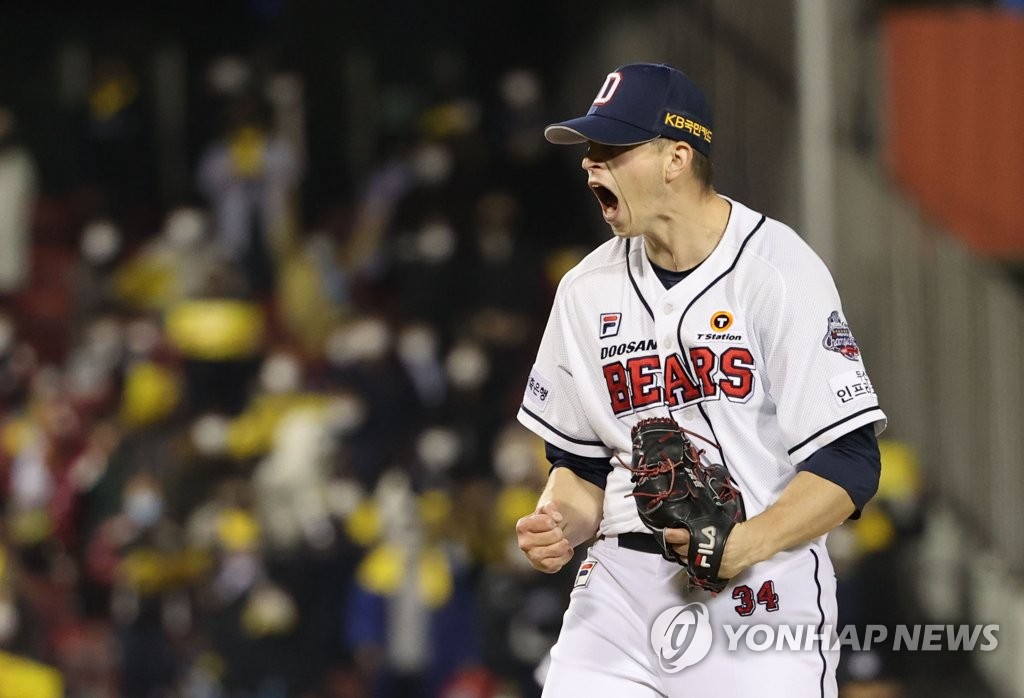 After seeing Nippert toss a strike, Flexen, 26, channeled his inner Nippert. He struck out 11 batters over six shutout innings, as the Bears blanked the Twins 4-0. Flexen tied the KBO record for most strikeouts by a foreign pitcher in a postseason game, and even Nippert had never struck out more than nine batters in a playoff game.

Following his overpowering start, Flexen said he enjoyed Nippert's company, however brief the encounter was.

"It was just awesome to be in the presence of a legend," he said. "I know he's a KBO legend here. I did know his history and how successful he was here. It was awesome to see a guy like that." 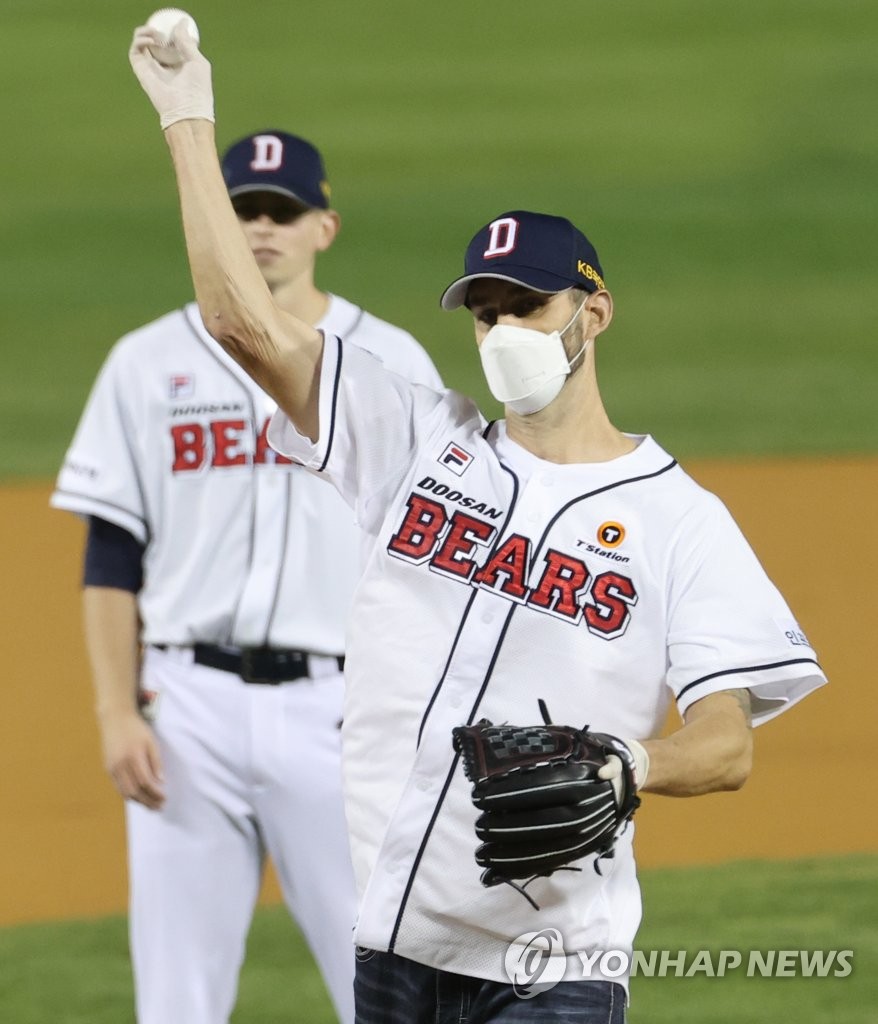