SEOUL, Nov. 5 (Yonhap) -- The Supreme Court on Thursday upheld a sentence of life imprisonment for a 37-year-old woman who shocked the country last year by brutally killing her former husband, mutilating his body and throwing away the dismembered body parts.

The nation's top court confirmed lower courts' life sentence for Koh Yu-jeong after finding her guilty on charges of murdering her ex-husband and abandoning his body.

"The defendant's argument that her former husband had attempted to rape her before the murder is not reliable," the court said.

"She had carefully planned her crime by searching for information on tools and methods of her crime and preparing Zolpidem (sleeping pills) in advance. It is fully acknowledged that she murdered the victim and disposed of his body in accordance with her prior planning."

Koh was indicted for killing her ex-husband, surnamed Kang, at a pension on the southern resort island of Jeju in May last year, mutilating his body and disposing of the dismembered body parts in the sea and elsewhere.

She received the life sentence from Jeju's district and appellate courts in February and July, respectively, this year, though she has persistently claimed the killing of Kang was not premeditated.

But the Supreme Court acquitted the woman of murdering her stepson in line with the lower courts' rulings, citing lack of evidence. Besides the murder of Kang, Koh was indicted on separate charges of suffocating her current husband's 4-year-old son to death at their home in Cheongju, 120 kilometers south of Seoul, in March 2019.

The top court said the possibility of the child being crushed to death by his own father during sleep cannot be ruled out. 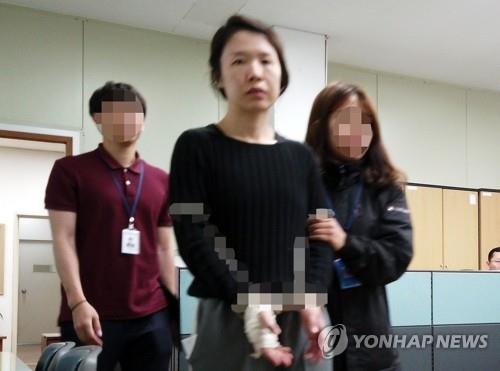