SEOUL, Nov. 8 (Yonhap) -- With Joe Biden's election as U.S. president, South Korea is expected to ramp up efforts to forge ties with those close to him, with eyes on what his foreign policy and national security team will look like.

The White House under Biden's leadership would mean a significant change for Seoul in dealing with key issues facing the two countries, including North Korea's denuclearization and the long-stalled negotiations on determining Seoul's payment for U.S. troop presence.

So who will fill such key posts as secretary of state, defense secretary and national security adviser is a key focus of attention.

"It's difficult to meet anyone from inside the camp during the transition or appointees once the process gets under way for the confirmation hearing and until the Senate approval. So we try to get in touch with those who are close with them and have connections, through 'outside lines,'" a foreign ministry official said on the condition of anonymity.

"We work with our U.S.-based diplomatic missions to reach out to officials from Congress, those in academia and think tanks to gather information and try to gauge the post-election trends, particularly in relation to how the national security team lineup is likely to take shape," the official said. 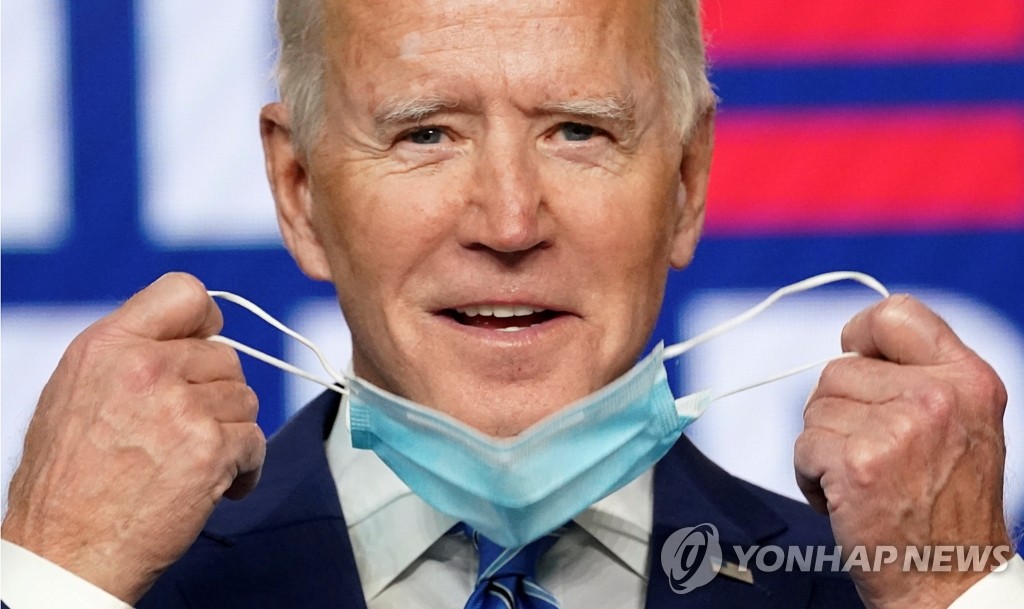 Experts forecast that Biden will announce his top lieutenants quite swiftly, since he has served in the Obama administration before and has a pool of people to choose from.

As for the foreign policy team lineup, observers here point to Tony Blinken, who served as deputy secretary of state and deputy security adviser under President Barack Obama, as a potential candidate for secretary of state, along with Sen. Chris Coons of Delaware, known as Biden's longtime friend and ally.

Blinken is also seen as a top candidate for the national security adviser.

Another contender for the national security adviser is Jake Sullivan, a 43-year-old who worked as a senior policy advisor to Hillary Clinton in the 2016 presidential election campaign.

Michele Flournoy, former undersecretary of defense for policy under Obama, is talked about as a top contender -- and the first woman -- for defense secretary

"Since Biden has said he values the alliance and pledged to work with allies to deal with problems, we expect that whoever takes charge (of Korea issues) will certainly listen to our side as they work along the way."

(US election) S. Korea to crank up diplomacy to build ties with Biden camp

(US election) S. Korea to crank up diplomacy to build ties with Biden camp