SEOUL, Nov. 8 (Yonhap) -- U.S. President-elect Joe Biden is expected to seek a swift defense cost-sharing agreement at a relatively reasonable level and calm speculation about a drawdown of American troops in South Korea, as he has pledged to strengthen the alliance with Seoul, experts said Sunday.

But the envisioned transfer of the wartime operational control (OPCON) of South Korean troops from Washington to Seoul would take longer under his leadership and U.S. pressure could increase on South Korea and Japan to mend their history-laden relations for a stronger three-way security partnership to better deal with China and North Korea, they said. 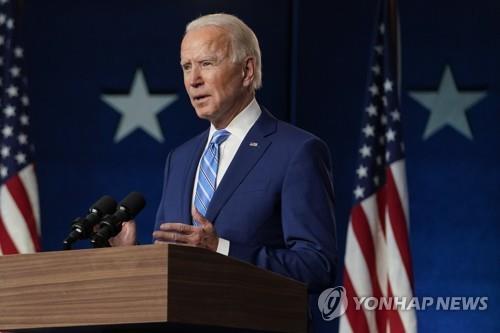 Under the President Donald Trump administration, speculation has swirled around a possible reduction in the number of American troops in South Korea, as he appears to have seen the matter as a bargaining chip for their defense cost-sharing deal, known as the Special Measures Agreement (SMA).

Negotiations for this year's agreement, which stipulates how much South Korea pays for the upkeep of the 28,500-strong U.S. Forces Korea (USFK), have been deadlocked for months.

Seoul has offered to increase its burden by 13 percent from the US$870 million it paid under last year's deal, but Trump reportedly rejected the level. Washington reportedly seeks a 50 percent on-year spike to $1.3 billion.

"A Biden government is also expected to seek an increase in Seoul's payment, but it would eye a swift deal at a relatively reasonable level in light of his emphasis on relations with key allies," said Shin Beom-chul, a senior researcher at the Asan Institute of Policy Studies.

In a special article contributed to Yonhap News Agency in October, Biden said, "As president, I'll stand with South Korea, strengthening our alliance to safeguard peace in East Asia and beyond, rather than extorting Seoul with reckless threats to remove our troops."

Given that USFK has long been regarded as one that best represents the spirit of the Korea-U.S. alliance, any significant reduction of American troops in South Korea is unlikely under him.

Experts also pointed to the U.S.' National Defense Authorization Act (NDAA), which disallows the reduction of the number of American troops in South Korea below the current level unless the U.S. defense secretary certifies that a reduction is in the U.S. national security interest.

"Biden is likely to more respect parliamentary decisions and listen to their voice," Shin said. "Biden would not at least see the American troop presence as a kind of leverage for negotiations." 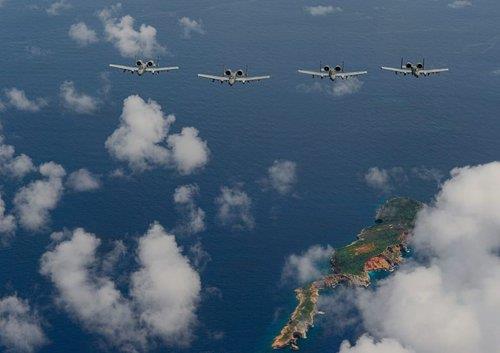 The defense cost-sharing deal is expected to help ensure the USFK's stable stationing and boost the combined readiness posture between South Korea and the U.S.

Last month, USFK informed its South Korean employees of a potential furlough starting in April 2021 should the two countries fail to reach an agreement on their defense cost-sharing deal.

If realized, it will be the second time that Korean workers have faced the forced unpaid leave. In April this year, USFK put more than 4,000 South Korean workers on furlough, which ended in June after the U.S. accepted Seoul's proposal to fund the labor costs for all USFK Korean workers through the end of the year.

"We all fully understood the impacts the partial furlough had on readiness and our ability to provide a robust combined defense posture, as well as the essential role our Korean National employees provide to the ROK-U.S. Alliance," USFK Commander Gen. Robert Abrams said in June.

But it does not mean that the U.S. will maintain the current troop level in South Korea.

Brian McKeon, one of Biden's key foreign policy advisers, earlier hinted at the possibility of changes in the USFK level following a review of the country's global force posture, though he has doubted there would be any significant reduction.

The U.S. has been pushing for greater "strategic flexibility" for its forces deployed around the world, and the Pentagon has said it seeks more rotational force deployments into theaters to better respond to evolving security challenges.

"The Biden government will take a cautious approach to the issue with longer-term strategies, as it is well aware of the need for the presence of American troops on the Korean Peninsula in terms of a rivalry with China," said Yoo Jeh-seung, a former deputy defense minister who is currently vice chief of the Korea Research Institute for National Strategy.

Another key pending defense issue between the two sides is the OPCON transition.

South Korea handed over operational control of its troops to the U.S.-led U.N. command during the 1950-53 Korean War. It retook peacetime OPCON in 1994, but wartime control remains in the hands of the U.S. After the postponement of the transition twice at Seoul's request, the two sides agreed in 2014 to seek a conditions-based transfer without designating a specific deadline.

The right conditions are South Korea's capabilities to lead the allies' combined defense mechanism, its capacity for initial responses to the North's nuclear and missile threats, and a stable security environment on the peninsula and in the region.

"Biden was vice president when the two sides set those conditions. Chances are that the new government would more thoroughly review how things have been going so far," Park Won-gon, professor of international politics at Handong Global University, said.

"Traditionally, the Democrats tend to listen more to a commander stationed in a region regarding military issues. Abrams has reiterated conditions required for the transition while complaining of the lack of enough combined exercises," Park added.

The current Moon Jae-in administration hopes to regain the operational control before his term ends in May 2022, but Seoul and Washington were unable to fully carry out the planned Full Operational Capability (FOC) test this year, which is meant to verify whether Seoul is on track to meet those conditions, amid the new coronavirus pandemic.

During the ministerial talks in October, Suh and Esper also revealed differences on the matter, as Suh vowed efforts for the swift transition, while Esper said it will take more time. In their joint communique, they did not specify when a FOC test and a subsequent Full Mission Capability (FMC) test would be conducted.

"The OPCON issue is going on within a systematic, diplomatic framework so that I don't believe it would be affected very much by any political changes," Rep. Kim Han-jung of the ruling Democratic Party said.

"The two sides vowed to continue close consultations on the matter, and the Moon government has said it takes a flexible stance," he said. 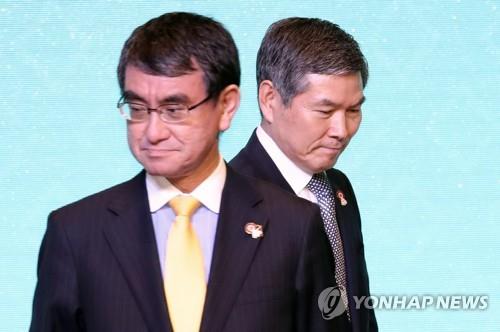 Biden's emphasis on the alliance will also likely lead to a growing call on its two close Asian allies, Seoul and Tokyo, to strive for improving bilateral relationships, which have been at one of their lowest ebbs in recent years over historic and diplomatic issues that have spilled over to the economic and military realms.

Last year, the South Korean government decided not to renew the General Security of Military Information Agreement (GSOMIA), a bilateral military information-sharing pact with Japan, in protest of its export curbs, though it suspended the decision at the last minute amid U.S. pressure against its termination.

Washington sees it as a key tool for the trilateral security cooperation with the two Asian allies and has called for its restoration.

"Trump has not been very much concerned about the trilateral security framework, but Biden is different. In the face of security challenges, such as China and North Korea, Biden is likely to prioritize the security cooperation among the three sides, so that it is our urgent task to be fully prepared," said Cho Tae-yong, a diplomat-turned-lawmaker of the main opposition People Power Party.