SEOUL, Nov. 5 (Yonhap) -- The military has launched an inspection into a border security failure that enabled a North Korean man to cross the heavily guarded border into the South unhindered earlier this week, the Joint Chiefs of Staff said (JCS) Thursday.

The man, whose identity was withheld, was captured 14 hours after he crossed the border late Tuesday following the military's extensive search operations.

Sensors were installed at the barbed wire fences through which the man climbed over, but they did not ring, raising doubts about their effectiveness.

"The JCS is inspecting and checking the system," its spokesperson Col. Kim Jun-rak said during a regular press briefing. "If there are parts that need to be supplemented in our scientific security system, we will take necessary measures."

The JCS inspection team is expected to look into the security system, as well as whether troops appropriately reacted after they first spotted the man near the military demarcation line on Monday night.

The military raised the "Jindogae" alert level to cope with the intrusion after the North Korean man was seen again crossing over the fences set up along the South Korean general outposts (GOPs) the next day.

He was found Wednesday morning around 1.5 kilometers south of the fences.

The military said the man appears to be a civilian and has expressed an intent to flee to the South, though more investigation is needed. 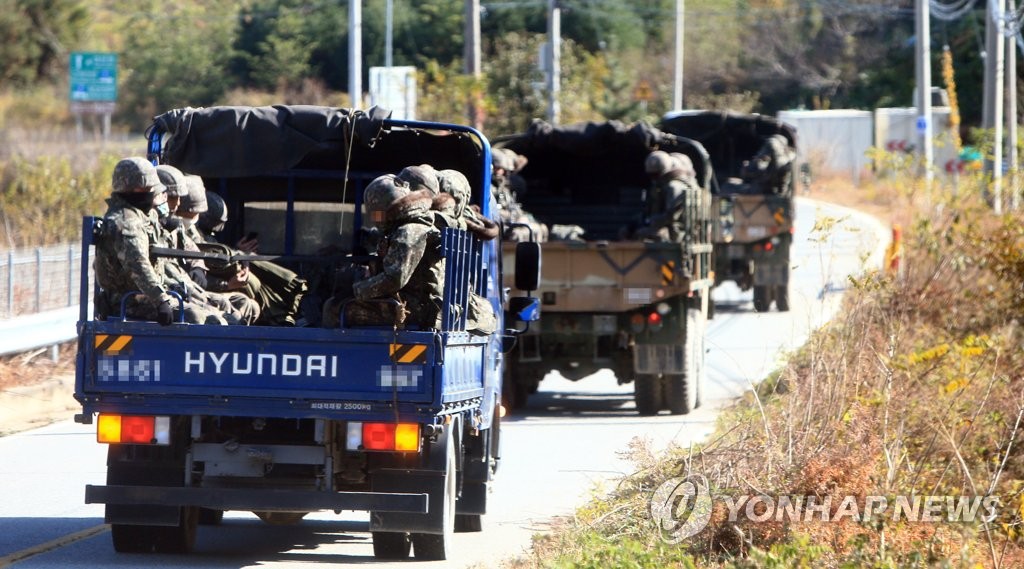