(ATTN: UPDATES throughout with results of Moon's meeting with aides; CHANGES headline, photo)

SEOUL, Nov. 5 (Yonhap) -- President Moon Jae-in and his aides agreed Thursday to work closely with the United States in the wake of its presidential election to develop bilateral ties and advance the Korean Peninsula peace process, Cheong Wa Dae said.

Moon met with his ministers in charge of foreign policy and national security as the votes in Tuesday's election are still being counted for Republican President Donald Trump and former Democratic Vice President Joe Biden.

"Our government has decided to work (with the U.S.) on the basis of the robust South Korea-U.S. alliance to ensure no gap in our efforts to develop bilateral relations and advance the Korean Peninsula peace process," Cheong Wa Dae spokesman Kang Min-seok said in a written statement.

Moon presided over the meeting, which followed a separate meeting between members of the National Security Council.

"Our government will continue communication and consultations between South Korean and U.S. foreign policy officials in a stable manner," Kang said, adding that the two sides will pursue their diplomatic schedules as planned.

The officials also agreed to closely monitor developments on the Korean Peninsula and in the international community as it focuses on improving inter-Korean relations and establishing a peace regime on the peninsula, according to the spokesman.

In order to stably manage the economy, the officials also studied the impact the U.S. election will have on the macroeconomy, trade and industries, he added. 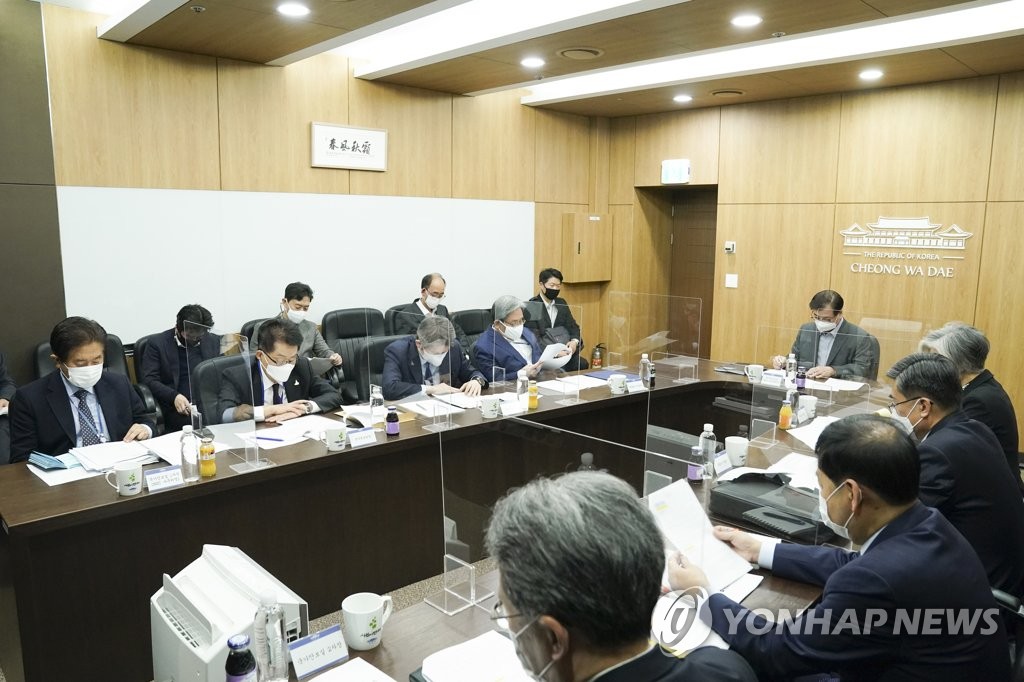