SEOUL, Nov. 5 (Yonhap) -- Jeonbuk Hyundai Motors' pursuit of three major trophies this football season was dealt a big blow Thursday with the news of a season-ending injury for a key player.

Jeonbuk announced right fullback Lee Yong will miss at least three months with a fractured collarbone. He sustained the injury in a collision with Ulsan Hyundai FC defender Dave Bulthuis during the first leg of the FA Cup final Wednesday. 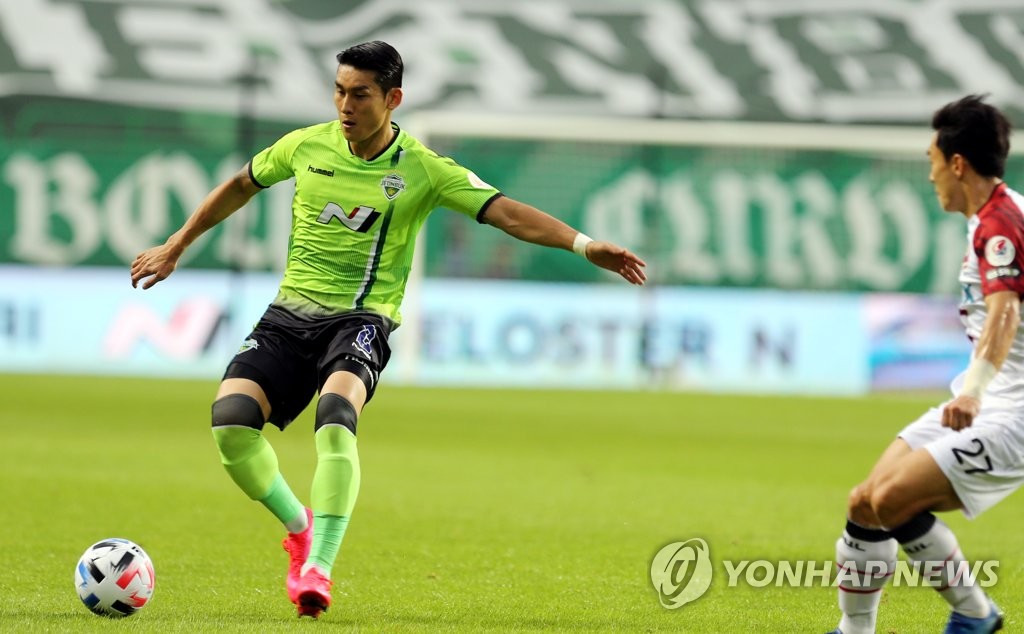 Jeonbuk are trying to become the first South Korean club to achieve a "treble," or capture three major competitions in one season. They have already won the K League 1 title, and the FA Cup would give them two. Jeonbuk will resume group stage action at the Asian Football Confederation (AFC) Champions League later this month.

Jeonbuk played Ulsan to a 1-1 draw Wednesday, and the second leg is Sunday at 2 p.m. at Jeonbuk's home, Jeonju World Cup Stadium in Jeonju, 240 kilometers south of Seoul.

Lee has made a career out of setting up scoring opportunities with sharp crosses from the right side. He has been a mainstay as the right fullback for both Jeonbuk and the men's national team. His absence will rob Jeonbuk of perhaps their only reliable playmaker from their back end. 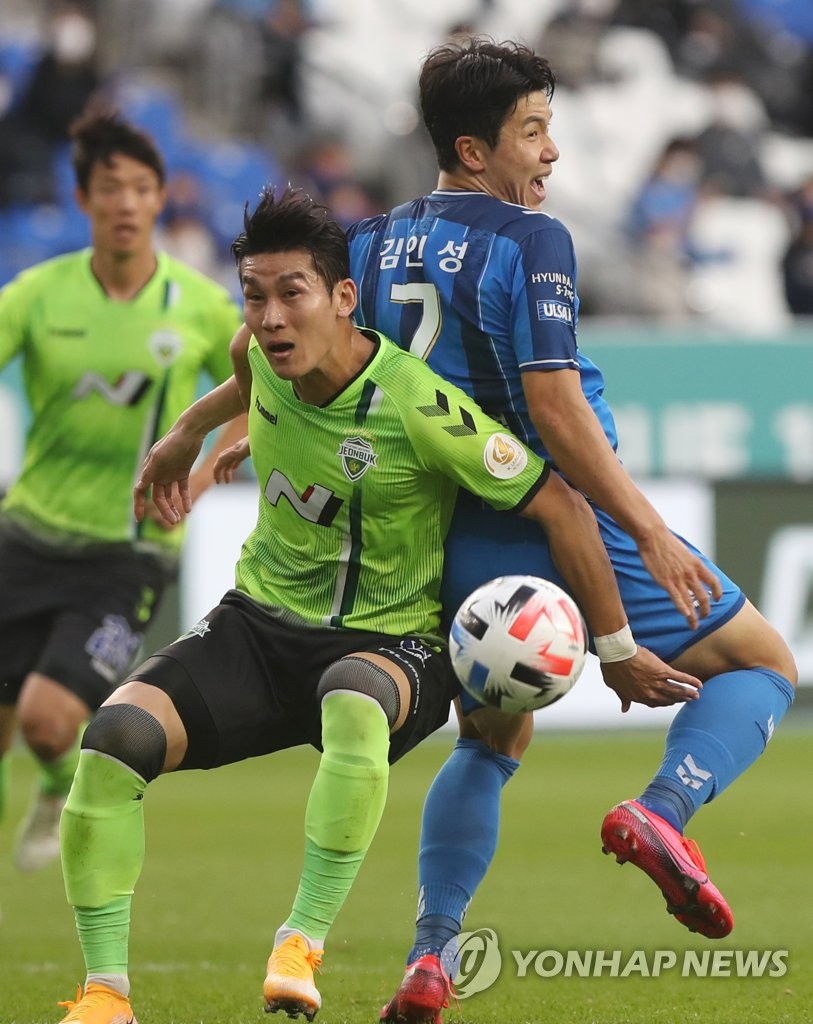