In the final hearing at the Seoul Central District Court, prosecutors also demanded Chung Kyung-sim, the wife of the former presidential secretary for civil affairs and a close aide to President Moon Jae-in, to be fined 900 million won (US$797,000) with a forfeit of 160 million won.

The prosecutors called the case an example of "passing on academic privilege and wealth" and of a double standard, where Cho used to call on the country's establishment to abide by law, but in fact he himself failed to live up to what he had preached.

Chung was indicted in November last year on 14 counts related to her daughter's college admission and her dubious investment in a private equity fund (PEF).

She is alleged to have been involved in fabricating documentation from 2013-2014, including a college presidential citation, in order to get her daughter admitted to medical school.

She also faces allegations of investing in the PEF using somebody else's name to bypass the code of ethics for public officials, and embezzling around 150 million won through a bogus consulting contract.

Chung is also suspected of having been involved in destroying evidence.

The 58-year-old professor of Dongyang University, who has been tried while on bail, denied all allegations against her.

The date for sentencing has not been determined yet. 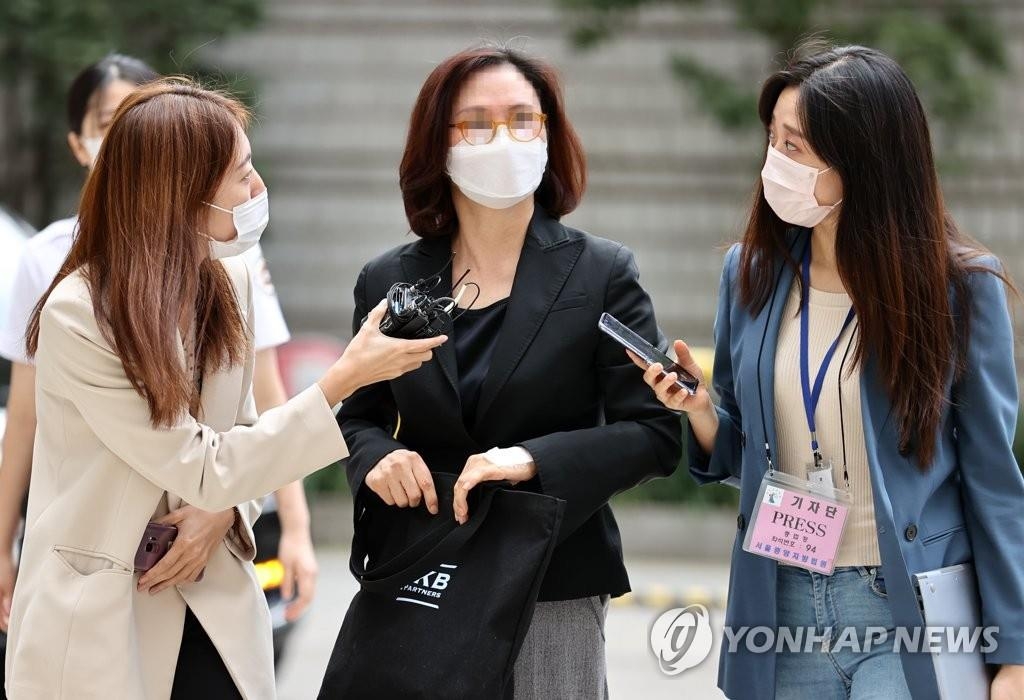