The main creditor, the Export-Import Bank of Korea, has conducted due diligence on Jeju Air and estimated it needs a capital injection of about 198 billion won, according to the sources.

In May, South Korea launched a 40 trillion-won fund to provide financial aid to the country's backbone industries, including the airline service sector, amid the economic fallout of the coronavirus pandemic.

The financial support for Jeju Air will come from the so-called Key Industry Stabilization Fund.

Jeju Air would be the second local air carrier to receive support from the fund. In early September, the fund approved a capital injection of 2.4 trillion won into Asiana Airlines to help the carrier stay afloat.

Stung by the pandemic impact, Jeju Air, which operates 44 B737-800 passenger jets, shifted to a net loss of 202 billion won in the January-June period from a net profit of 12.6 billion won a year earlier. 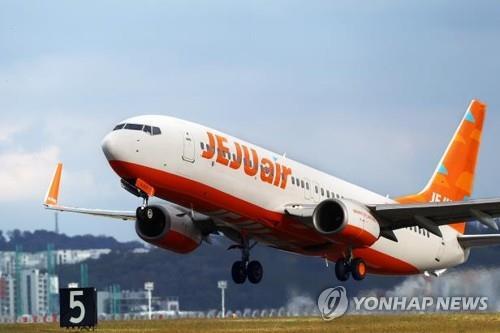