SEOUL, Nov. 5 (Yonhap) -- Their bats tried to make a game out of it, but shaky defense spelled the end of the LG Twins' postseason run in South Korean baseball.

The Doosan Bears knocked off the Twins from the best-of-three first-round series in the Korea Baseball Organization (KBO) with a 9-7 victory on Thursday.

The Twins went down 8-0 early but got to within 8-7, before a head-scratching play in the ninth provided the final margin. 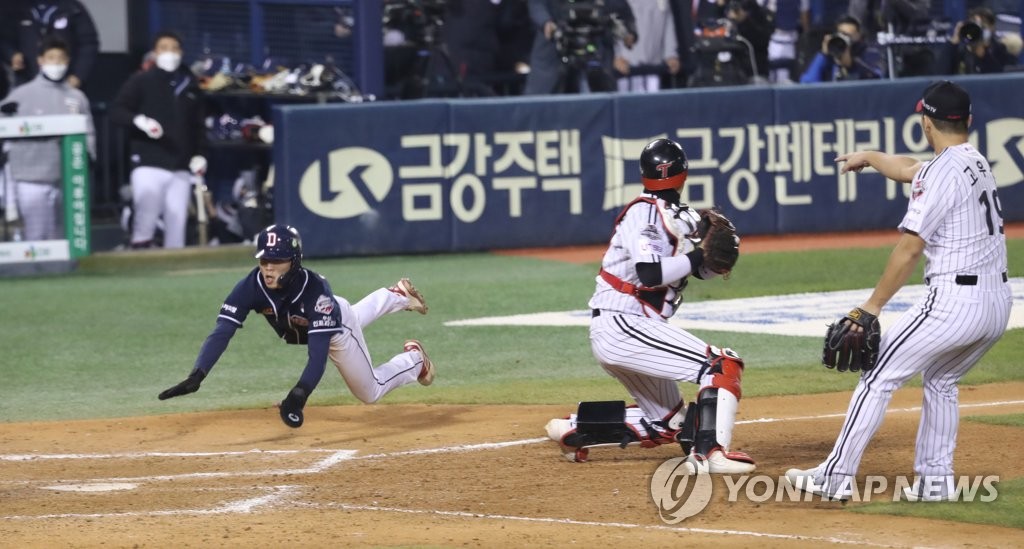 The Bears broke out for seven runs in the top of the fourth, and the first run of the frame could have been prevented.

With Heo Kyoung-min standing at second and one out, Park Sei-hyok lined a single up the middle. Heo, with decent speed, tried to come home, but center fielder Hong Chang-ki made a good throw home that could have nabbed Heo or at least created a bang-bang play.

Instead, as he received the ball, catcher Yoo Kang-nam lost his balance and fell toward the first-base side. With a head-first slide, Heo scored to make it 2-0.

The door was slightly open now and the Bears barged through it, scoring six more runs after that to seemingly put the game out of reach early.

The Twins battled back with four home runs. Roberto Ramos and Chae Eun-seong went back-to-back in the bottom fourth, and Kim Hyun-soo and Ramos did the same in the fifth. Oh Ji-hwan's two-out, two-run double cut the deficit to 8-7. 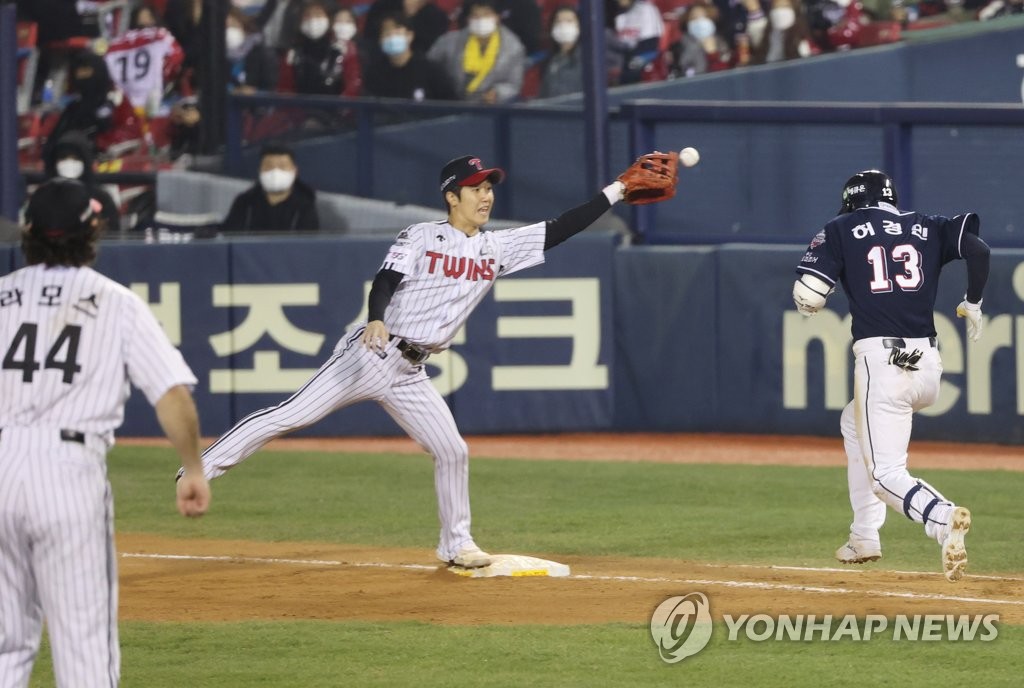 But in the top ninth, another miscue by an LG backstop, this time Lee Sung-woo, proved costly.

To start the fateful inning, LG closer Go Woo-suk walked Kim Jae-hwan, who was lifted for pinch runner Lee Yu-chan. Heo put down a bunt, but Go made a bad throw to second baseman Gu Bon-hyeok covering first base.

That wasn't even the end of it. With the ball now in foul territory, the speedy Lee Yu-chan came all the way to third base and ran through the stop sign.

But Lee Sung-woo never even realized the runner was coming home. The catcher stood well in front of the plate to receive the ball. When Lee Sung-woo had the ball, Lee Yu-chan was only about two-thirds of the way home.

By the time Go tried to alert his batterymate of the incoming runner, it was too late. Lee Yu-chan slid behind the befuddled catcher for the much-needed insurance run for the Bears.

Do pitching and defense still win ball games? Maybe not as often as traditionalists may lead you to believe. But in their elimination game, the Twins -- whose starter Tyler Wilson didn't make it out of the fourth inning -- got neither the pitching or the defense necessary to win. 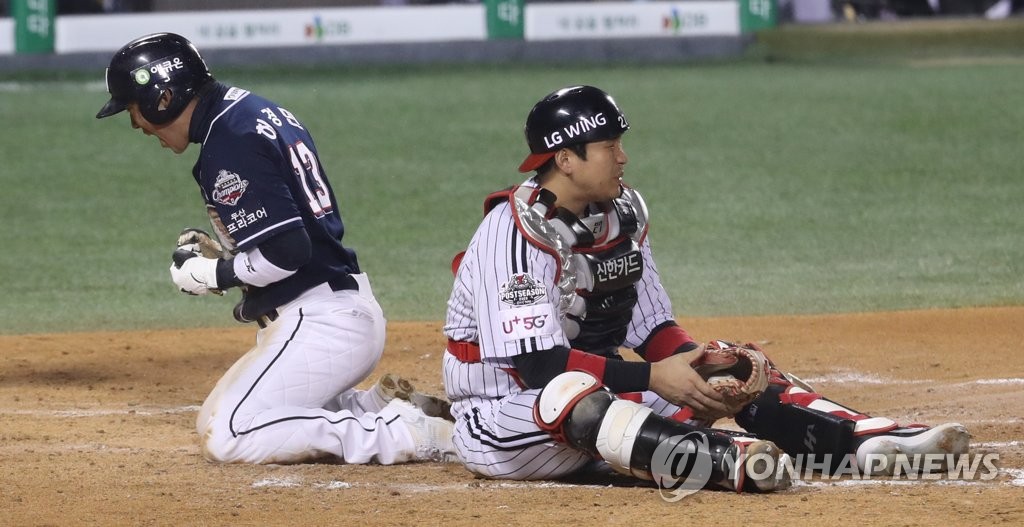