SEOUL, Nov. 5 (Yonhap) -- They call him the "man of the autumn," because it's the time of the year when postseason baseball games are played and Oh Jae-won turns into a different hitter.

The 35-year-old backup second baseman for the Doosan Bears was named the MVP of the first-round playoff series in the Korea Baseball Organization (KBO) on Thursday. The Bears completed their two-game sweep of the LG Twins with a 9-7 victory at Jamsil Baseball Stadium in Seoul, and Oh drove in two runs for the second straight game. 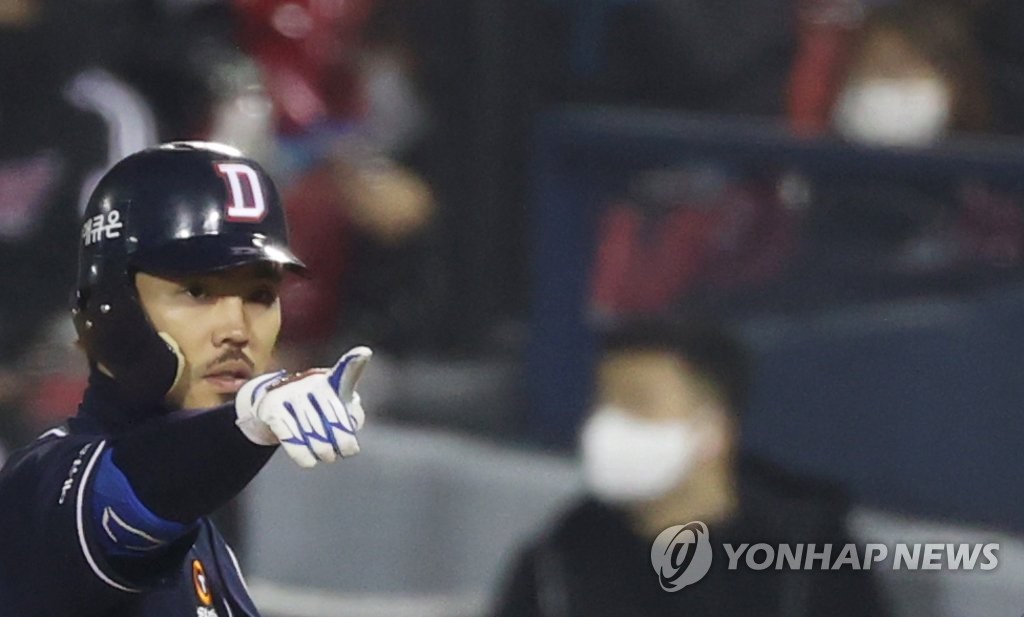 Oh only got the start in these two games because the Bears' everyday second baseman, Choi Joo-hwan, was still dealing with effects of plantar fasciitis. During the regular season, Oh bounced between the Bears and their minor league club, while batting just .232 in 85 games -- his lowest total since 2012.

Oh's postseason excellence is hardly news for Bears fans. Last year, Oh batted .164 in 98 regular season games, and then went 5-for-10 with two doubles and three RBIs as the Bears swept the Kiwoom Heroes in four straight games.

In Thursday's victory, Oh drove in the game's first run, with a double to left field in the top of the second inning. 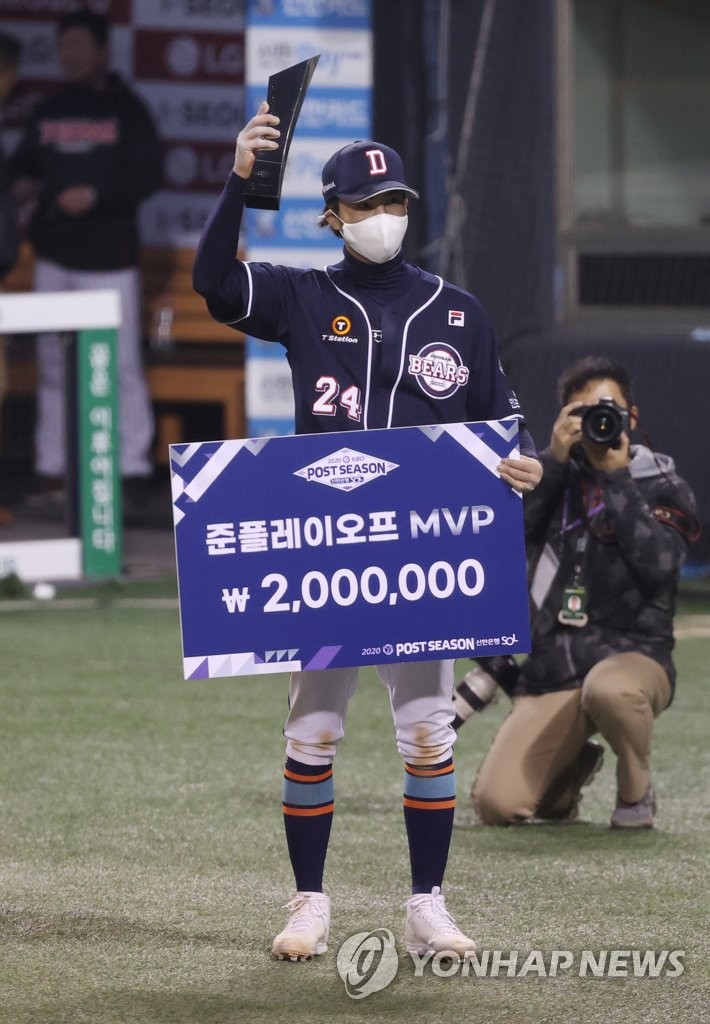 Then with the Bears up 2-0 in the top fourth, Oh stepped in with the runners at the corners against the new pitcher, left-hander Jin Hae-soo. Oh kept the rally going with a base hit to left field that extended the lead to 3-0. The Bears ended up scoring seven runs in that inning.

Doosan manager Kim Tae-hyoung said he put Oh into the lineup mostly for his steady defense and that any offense Oh can provide is a bonus. In these two games, though, Oh led the club with four RBIs.

From the bottom of the order, that's some kind of bonus. 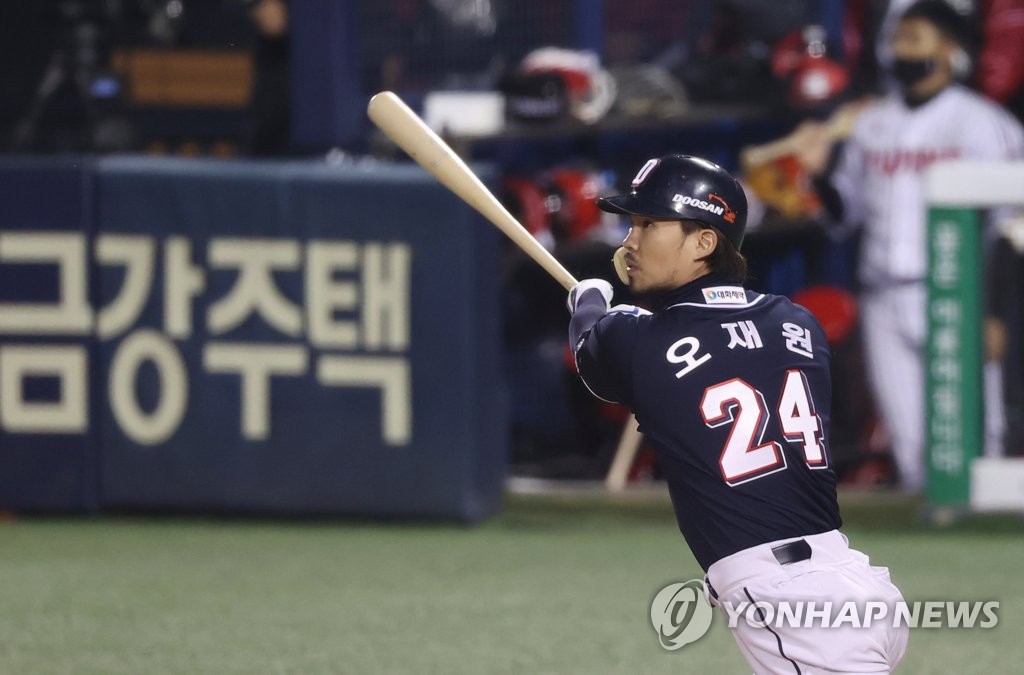