SEOUL, Nov. 6 (Yonhap) -- An appeals court here will give a ruling Friday for South Gyeongsang Province Gov. Kim Kyoung-soo, a close confidant to President Moon Jae-in, nearly two years after he was convicted of conspiring to manipulate online opinions in favor of Moon ahead of the 2017 presidential election.

The Seoul High Court is scheduled to hold a sentencing hearing in the afternoon, which would decide whether Kim, who is on bail, will be back in jail. If acquitted, Kim would join a shortlist of potential presidential candidates of the ruling Democratic Party.

In January last year, Kim was sentenced to two years in prison for colluding with Kim Dong-won, a blogger better known by his online pseudonym Druking, to carry out the illicit cyber operation.

The court also added another 10 months of jail term for Kim for violating the Public Official Election Act, with a stay of execution of two years, in connection with the secret offer of a consul general post in Sendai, Japan, for Druking.

Kim had been taken into custody immediately following the court ruling, but was released on bail in April last year.

The focal point of arguments during the appeals trial would be whether Kim attended a presentation of a computer program, which was used for the cyber operation, at the blogger's office in November 2016. The district court ruled that he did attend the presentation.

The 52-year-old politician was indicted in August 2018 for conspiring with the politics blogger from November 2016 to artificially jack up the number of "likes" on political comments online to benefit Moon in the presidential poll. 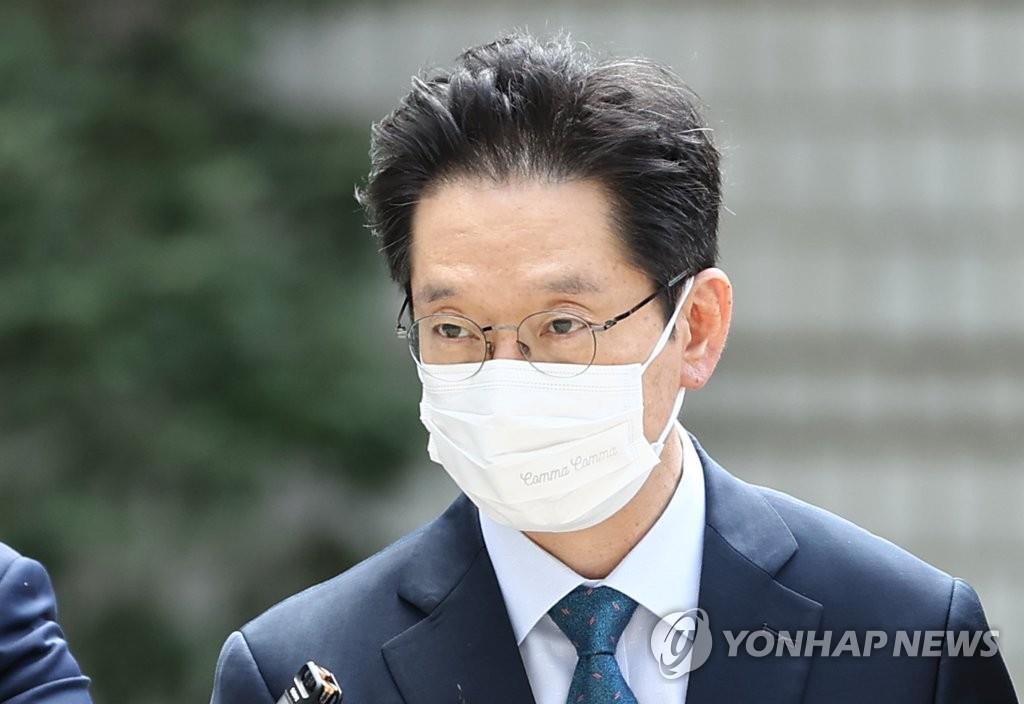