More than 6,000 after-school child care workers, about half their total number in the country, plan to take part in the strike, according to a national rights advocacy group for non-regular school workers.

During a press conference outside the headquarters of the ruling Democratic Party, members of a national labor union for non-regular school workers demanded that the education ministry withdraw a bill that transfers responsibility for the after-school program from schools to local governments. 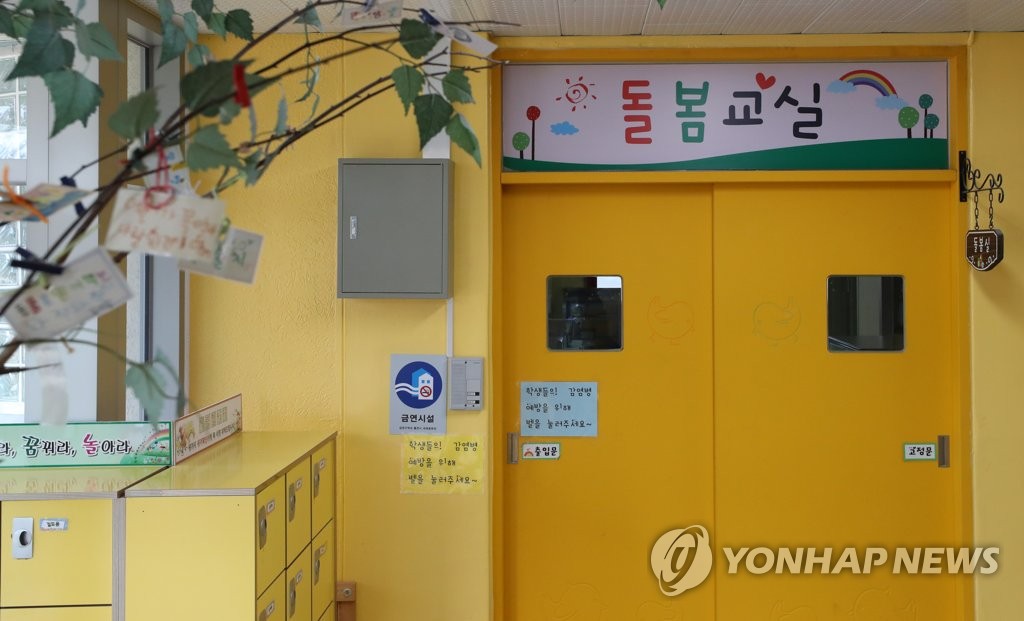 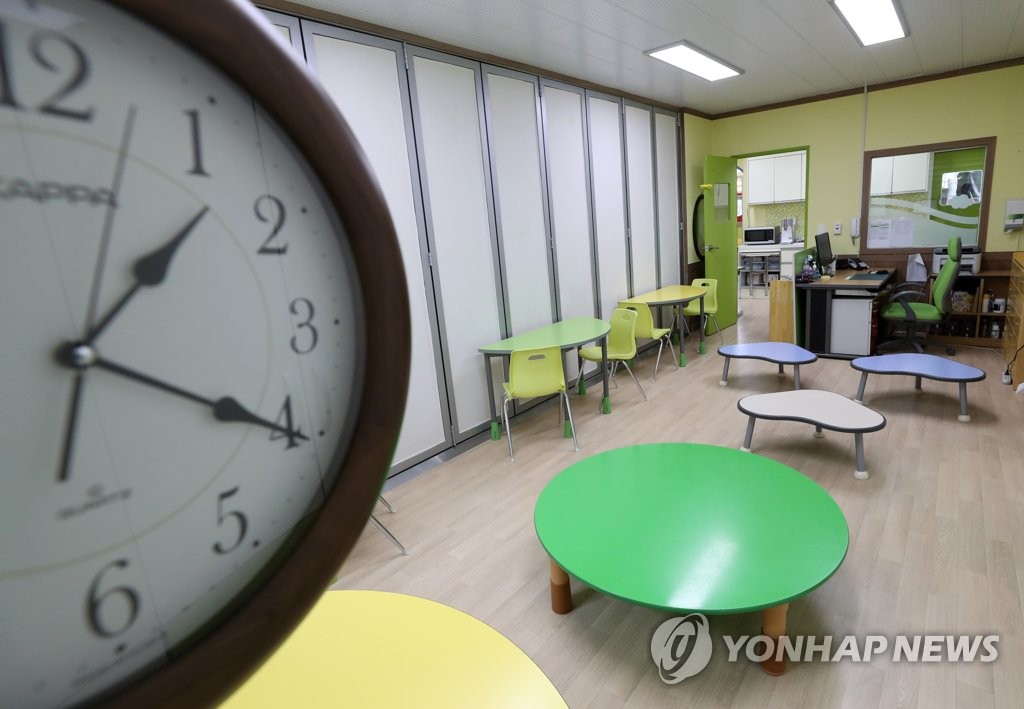 They said the local governments could then commission the private sector to provide the services, leading to poorer working conditions for them.

"If the government continues to increase after-school programs in a haphazard manner, these programs will become a breeding ground for corruption, just like private kindergartens, even with enormous investment from the state," the union said.

The union members also demanded an elevation in their employment status from part time to full time, saying they have been working longer hours without additional pay amid increased demand for their services due to the coronavirus pandemic.

The members held rallies throughout the day outside the education ministry and the education offices of each municipal and provincial government.

They have threatened to repeat the strike with more people for longer than a day unless their demands are properly addressed. 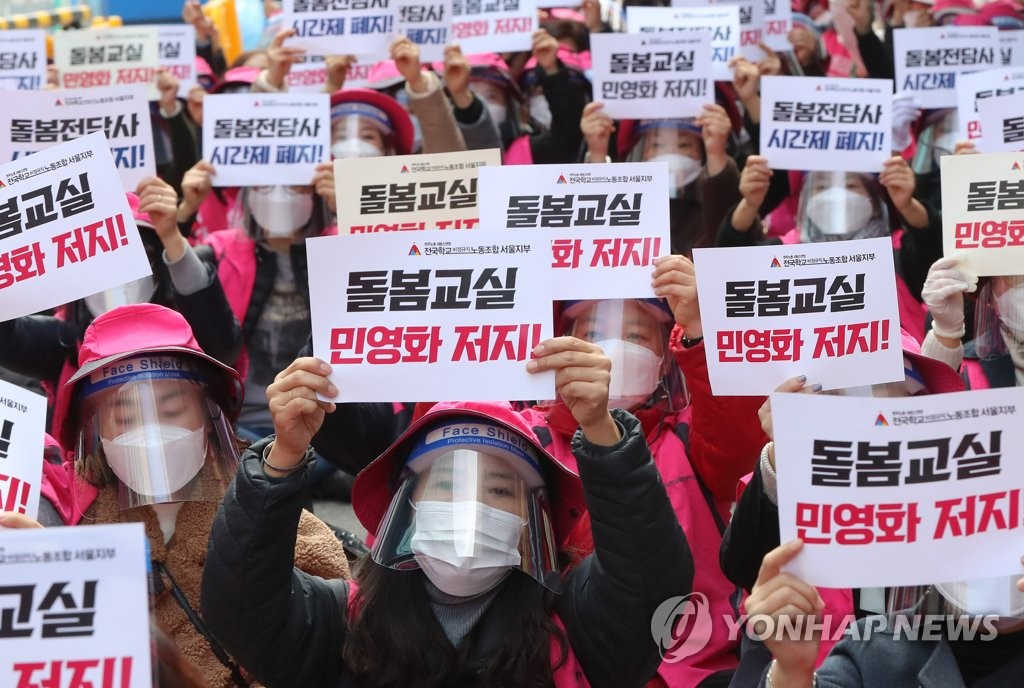 On Tuesday, the education ministry proposed holding talks through a consultative body made up of union members, parents' associations and education officials, but the National Council of Governors of Education refused to join without the participation of the health and gender equality ministries.

The education authorities have asked school officials to volunteer their services to continue the child care program during the strike and use the services of local community centers if necessary.

The authorities also plan to mobilize non-striking workers and have asked parents not to use the program Friday unless it is absolutely necessary.

The Seoul Metropolitan Office of Education said it does not expect major disruptions, as 1,541 out of 1,796 after-school programs in the capital, or 86 percent, plan to run as usual.

But parents and teachers across the country voiced complaints.

"I had to ask for a day off from work because I had no one to look after my son after school," said a 41-year-old mother living in the southeastern port city of Busan.

A 38-year-old mother in Cheongju, 137 kilometers south of Seoul, said she had to ask to work from home because she had nowhere to take her third-grade daughter after school.

"I felt very uncomfortable asking to work from home," she said. "I don't understand how they can strike when everyone is struggling because of the coronavirus pandemic."

An elementary school teacher complained that the government was only patching up the problem by asking faculty to substitute for the striking workers on top of doing their own work.

"They shouldn't try to just get past today but come up with fundamental solutions," she said.

On Thursday, the education ministry urged union members to cancel the strike in consideration of parents and children, and resolve their grievances through talks, especially at a time when many are already suffering due to the pandemic.

Around 200,000 elementary school students benefit from the program. Over 80 percent of them are either first- or second-grade students. 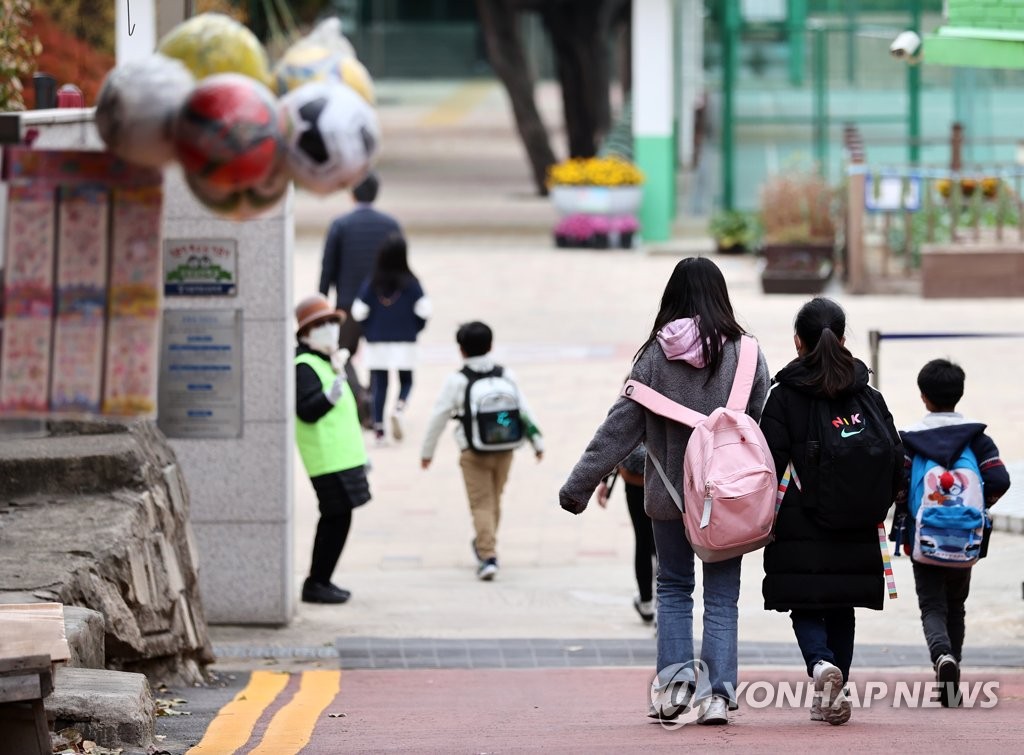