SEOUL, Nov. 6 (Yonhap) -- In their march toward a second straight South Korean baseball championship, the Doosan Bears will be running into the Cinderella team of the season in the penultimate stage of the postseason.

The KT Wiz, first-time participants in the Korea Baseball Organization (KBO) postseason after joining the league in 2015, earned a bye into the best-of-five second round. They put up the second-best record in the regular season. The Bears, as No. 3 seed, had to play an extra round, and knocked off the LG Twins in two straight games in their best-of-three showdown. 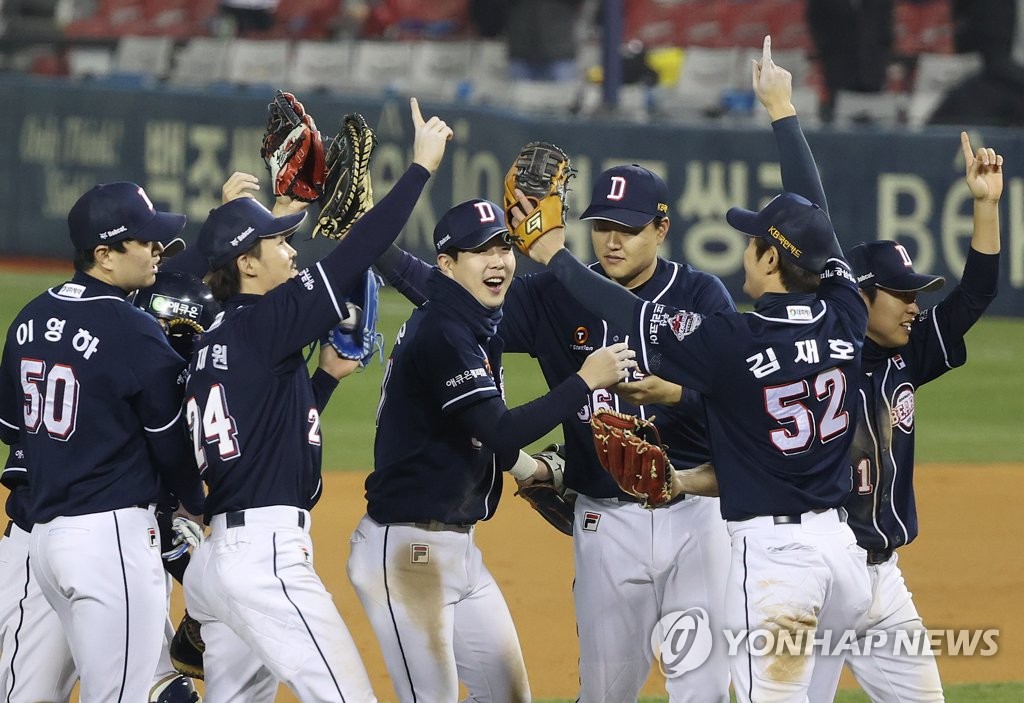 The Wiz-Bears starts at 6:30 p.m. Monday. All games will be played at the neutral venue of Gocheok Sky Dome in Seoul.

The start of the regular season was delayed by over a month because of the coronavirus outbreak, and the postseason, naturally, got pushed back. To keep fans and players alike warm through chilly November conditions, the KBO decided to put all games from this penultimate round and then the Korean Series under Gocheok's roof.

Though the Wiz had a better overall record in the regular season and won the season series over the Bears 9-7, they may be seen as the underdogs in some quarters.

The Bears have played in every Korean Series since 2015 and have won it all in 2015, 2016 and 2019. Key members of those championship squads are still around. And those players have rallied around the fact that most of them -- including their entire starting infield -- are eligible for free agency this winter, and that this could be the last hurrah together. 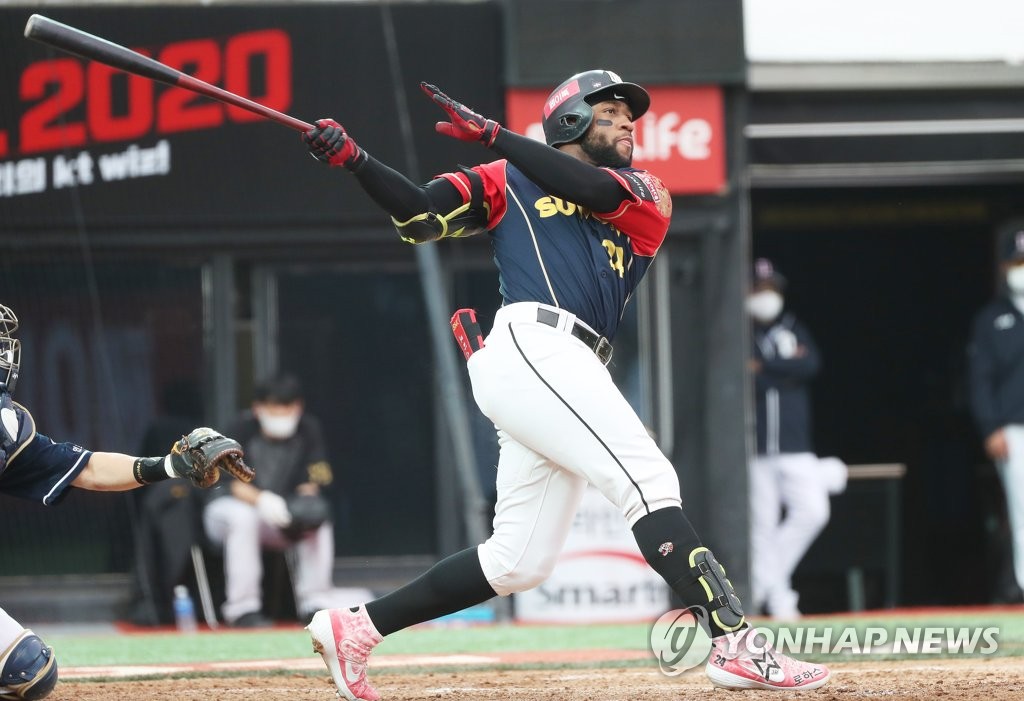 Only a handful of players on the Wiz have playoff experience. What they lack in experience, the Wiz will try to make up for it with talent.

In their last regular season meeting on Oct. 22, the Wiz rallied from a 3-1 deficit to win 17-5. They scored eight runs in both the top sixth and top eighth and put up 17 runs on the board without the benefit of a home run.

Right out of the gate, Rojas Jr. and Co. will have to contend with perhaps the best one-two punch in a KBO rotation. 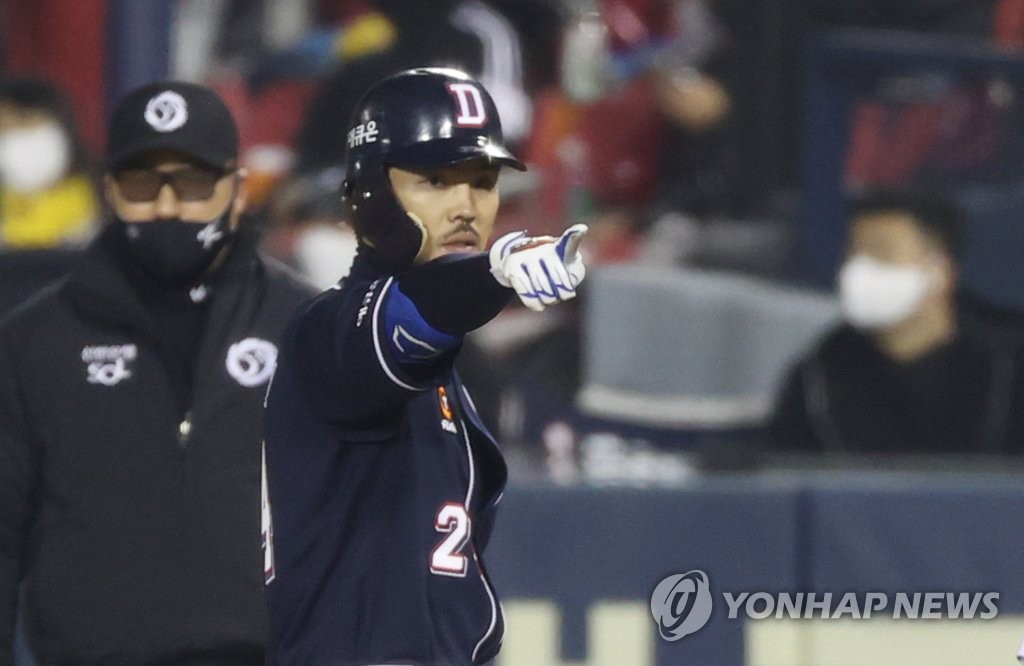 Right-hander Chris Flexen is the likely Game 1 starter, followed by former Wiz pitcher Raul Alcantara for Game 2. They each pitched the first two games of the previous series and will be going on four days' rest against the Wiz. 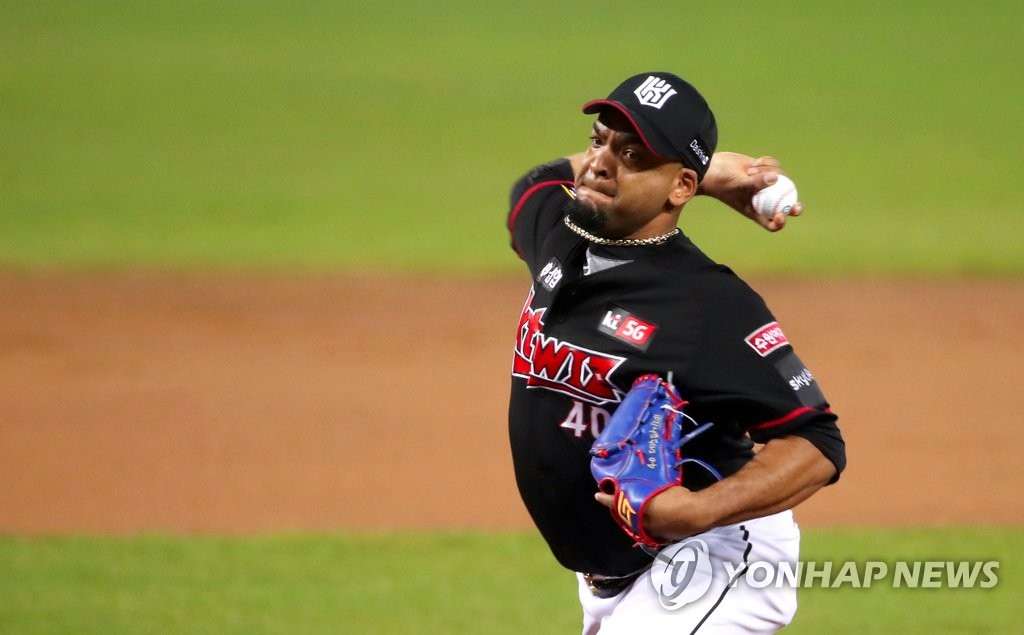 At the top of the Wiz's rotation, right-hander Odrisamer Despaigne led the KBO with 207 2/3 innings and ranked fourth with 152 strikeouts. A 19-year-old rookie So Hyeong-jun also impressed, as he tied for the lead among homegrown pitchers with 13 wins and posted a 3.86 ERA.

He faced the Bears six times during the regular season -- more than any other opponent -- and went 3-1 with a 2.51 ERA.

Both clubs will run. The Wiz had the third-most regular season steals with 106, and Shim Woo-jun swiped 35 bags to lead the league. The Bears have smart, if not fast, runners who can change the complexion of a game on the base path.

In Game 2 of the previous series against the Twins on Thursday, the Bears stole two bags during the seven-run fourth inning, as their running game helped knock starter Tyler Wilson out of the game. 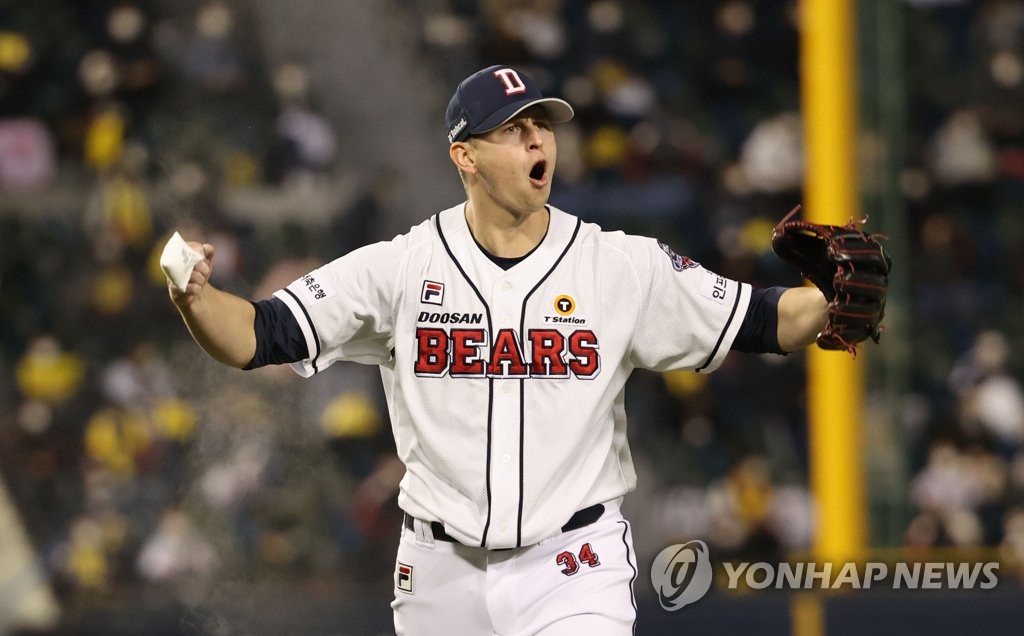 The two teams' regular season offensive numbers were a wash, except for the 163-125 gap in home runs in favor of the Wiz. 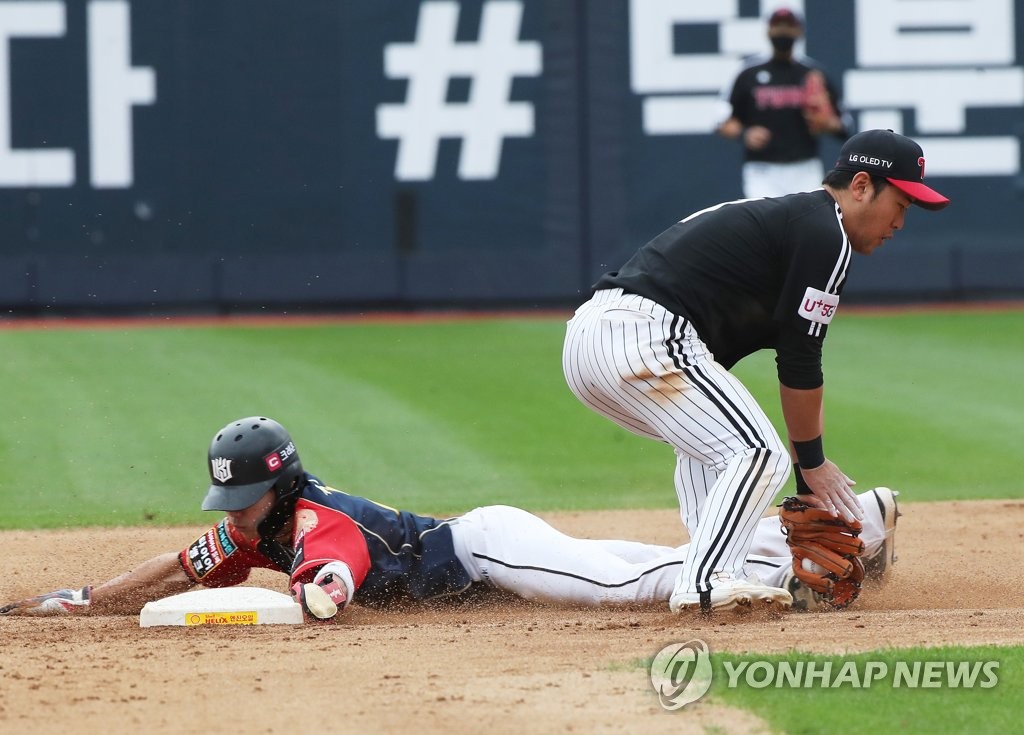 Defending KBO champions run into postseason debutants in penultimate round

Defending KBO champions run into postseason debutants in penultimate round