SEOUL, Nov. 6 (Yonhap) -- Defense minister Suh Wook on Friday met with the elder brother of a South Korean fisheries official killed by North Korea near the western sea border as the bereaved family raised doubts about the government's finding that the slain official attempted to defect to the North.

Suh's meeting with Lee Rae-jin, the brother of the deceased official, came days after the ministry, citing confidentiality, rejected Lee's request for the disclosure of the audio file of a wiretapped conversation among North Korean troops during the incident.

Lee asked for such information, saying he could not believe his brother attempted to defect to the North.

"The defense minister expressed his deep condolences and consolation to the bereaved family over the incident," the ministry said in a statement.

After the 70-minute meeting, Lee said he became all the more confident his brother did not attempt to flee to the North, adding his attorney is preparing to again request the ministry disclose the information.

The ministry provided Lee with other requested information, including the location where his late brother was first spotted by the North and the content of communication that the South's military conducted during the incident.

But Lee called such a disclosure a "mere formality" that lacked key details, denouncing the government for failing to protect its citizen. 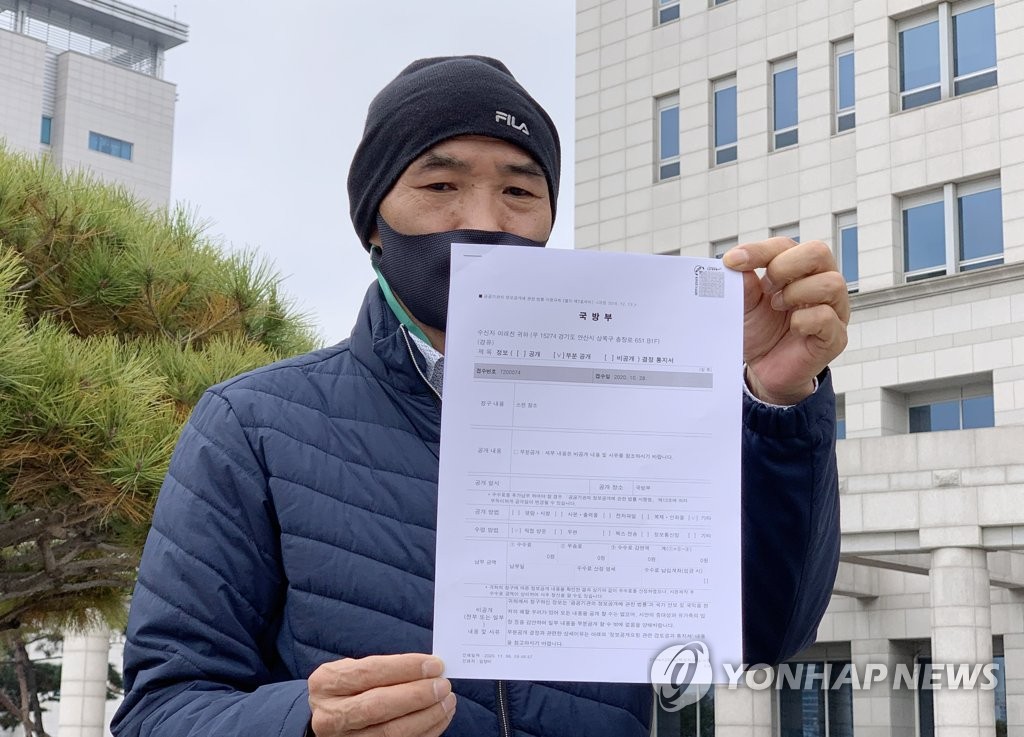