SEOUL, Nov. 6 (Yonhap) -- China hopes that it will not have to confront the United States regardless of who becomes the next U.S. president, the Chinese ambassador to Seoul said Friday.

Ambassador Xing Haiming made the remark on the sidelines of an ongoing forum on the southern island of Jeju when asked about Beijing's position in relation to the upcoming U.S. election outcome amid the growing rivalry between the two superpowers.

The rivalry between Beijing and Washington has posed major challenges to Seoul on various fronts ranging from diplomacy and security to the economy.

"China hopes that no matter who becomes (the next president), we won't have to stand against each other," he told reporters. "I would like the two countries not to confront each other but to cooperate together for our peoples and human society," he said.

Xing also expressed hope that through dialogue, the relationship between China and the United States will contribute to world prosperity.

The ambassador was scheduled to attend a session of foreign ambassadors later in the day. 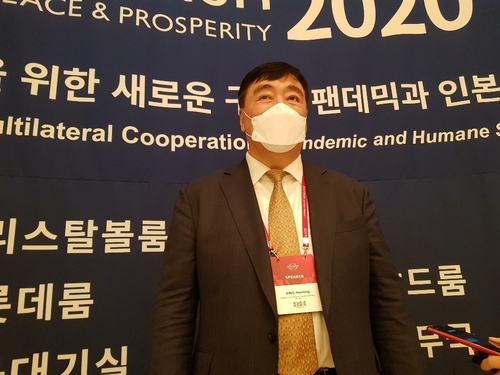