SEOUL, Nov. 6 (Yonhap) -- President Moon Jae-in on Friday reiterated his promise to upgrade the nation's disaster response system and improve the safety and welfare of firefighters during a ceremony to mark the 58th Firefighters' Day.

About 200 people, including government officials, firefighters and bereaved families of those who died in the line of duty, attended the event at the National Fire Service Academy in Gongju, some 160 kilometers south of Seoul.

It was the first Firefighters' Day since the government upgraded the status of firefighters, formerly belonging to local governments, to national public employees in April, in an effort to boost the welfare of firefighters and enable more systematic operations across the country.

In his commemorative address, Moon appreciated firefighters' devotion and sacrifice, and honored about 20 firefighters who died this year during rescue work. 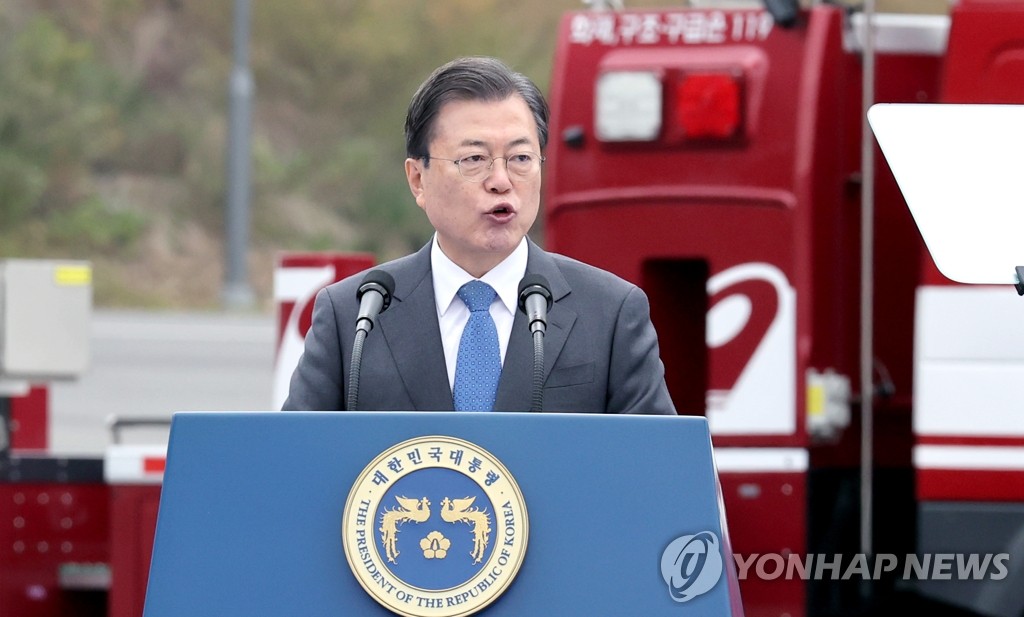 "They were heroes who protected the life and safety of the people on behalf of the state," Moon said calling the names of the deceased firefighters. "I reflect on the noble sacrifice and dedication of the heroes who died on duty."

The president highlighted the government's efforts to enhance the nation's capability to deal with disasters.

"The National Fire Agency's budget for next year has been set at 220 billion won (US$195 million), which is the largest ever. We aim to establish an integrated disaster response system and protect the safety of the people and firefighters at the same time," he said.

"The transition of their status to national public employees has allowed firefighters to make an all-out response to all disaster scenes regardless of jurisdiction," Moon said. 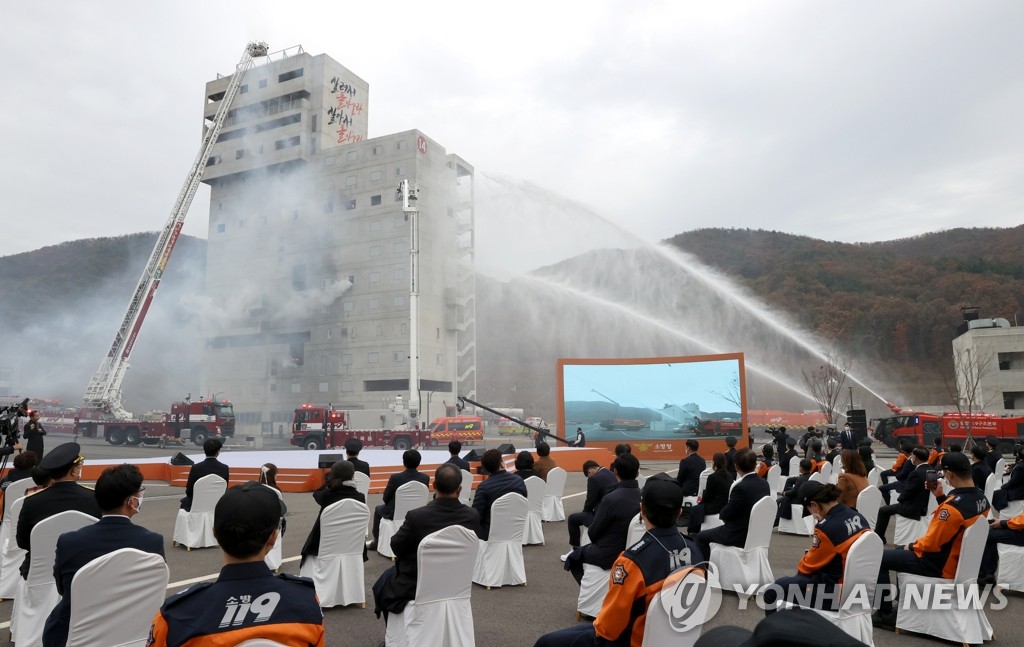 He also said the government has revised a related rule to improve equipment for safer operations and is proceeding with the establishment of a national hospital for firefighters.

He especially appreciated their service during the coronavirus pandemic in transporting patients and people subject to quarantine.

During the ceremony, Moon and participants observed a demonstration of firefighting and rescue work based on a major blaze in a mixed-used building in the southern city of Ulsan in October, in which no casualties occurred due to an effective firefighting operation.
(END)