Jeju Air will provide one flight a week on the route from Incheon to Tokyo on Nov. 21, resuming the route services after three months, the company said in a statement.

Jeju Air suspended the Incheon-Tokyo route in August as travel demand dried up amid the COVID-19 pandemic. But it has offered flights on the Incheon-Osaka route despite the virus outbreak.

The budget carrier has suspended most of its 76 international routes since March as countries strengthened entry restrictions to stem the spread of the pandemic.

Four international routes from Incheon to Weihai, Osaka, Manila and Harbin, and eight domestic routes are available as of Friday.

The company plans to release its third-quarter earnings results Tuesday. 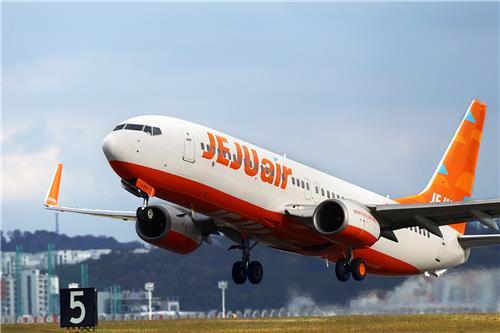 Jeju Air to resume flights to Tokyo this month

Jeju Air to resume flights to Tokyo this month