SEOUL/JEJU, Nov. 6 (Yonhap) -- Former and current U.N. chiefs, leading politicians and scholars made emphatic calls Friday to strengthen multilateralism in tackling the COVID-19 pandemic and other transnational challenges, calling it an essential value in times of crisis.

During the opening ceremony of the Jeju Forum for Peace and Prosperity, the participants highlighted the pressing need for multilateral cooperation, which has been eroded by a great-power rivalry, nationalism, protectionism and unilateralism in some quarters of the world.

"Cooperation is fundamental to addressing all these challenges of all times: working for peace: extending universal health coverage; delivering on the sustainable development goals; and preventing disasters and crises of all kinds," Guterres said in a video message at the opening ceremony of the annual forum. 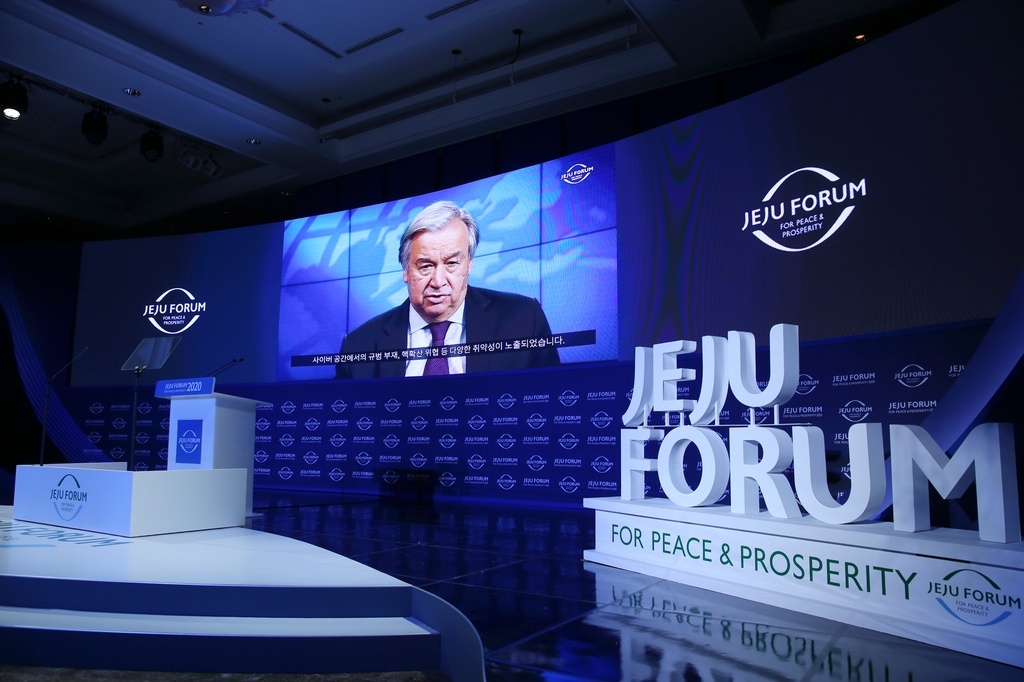 The U.N. chief decried division as a danger to everyone, stressing the need for a more "inclusive, effective, networked" multilateralism and voiced concerns that today's multilateralism lacks "scale, vision and teeth."

"A new network of inclusive, effective multilateralism based on the enduring values of the United Nations Charter could snap us out of our sleepwalking status and stop the slide towards ever greater danger," he said.

"Political leaders around the world need to come together to address the world's fragilities, strengthen our capacity for global governance, and draw from the power of unity and solidarity to overcome the biggest test of all times," he added.

Former U.N. chief Ban said the world can swiftly overcome the pandemic only when humans and countries all decide to "work together."

"After all, cooperation between humans and between countries is not a matter of choice but a necessity," Ban said. "Restoring the spirit of multilateral cooperation is essential to overcome the crisis." Noting that the pandemic and its aftermath proved "we live in an age defined by our interdependence," former U.S. President Clinton pointed out the need for "collective action and will."

"We have to show that addition and multiplication are much better than subtraction and division in making politics and policies," he said. "We need to show that life is a positive sum game, which in order for us to win, someone else has to win too."

Touching on a set of global challenges, such as climate change, Clinton called for the world to "do it together." Pointing to the U.S.-China strategic rivalry as a "disruptive structural force" facing the world, former Singaporean Prime Minister Goh warned that if the major powers play a "negative sum game," the world would suffer.

"No country wants to be lorded over by another country, nor does it want to be trampled like the grass beneath two warring elephants," he said.

"Concerned leaders and opinion makers should therefore speak out against unilateralism and destructive rivalry and advocate multilateralism, rule of law, constructive international conduct and cooperation." 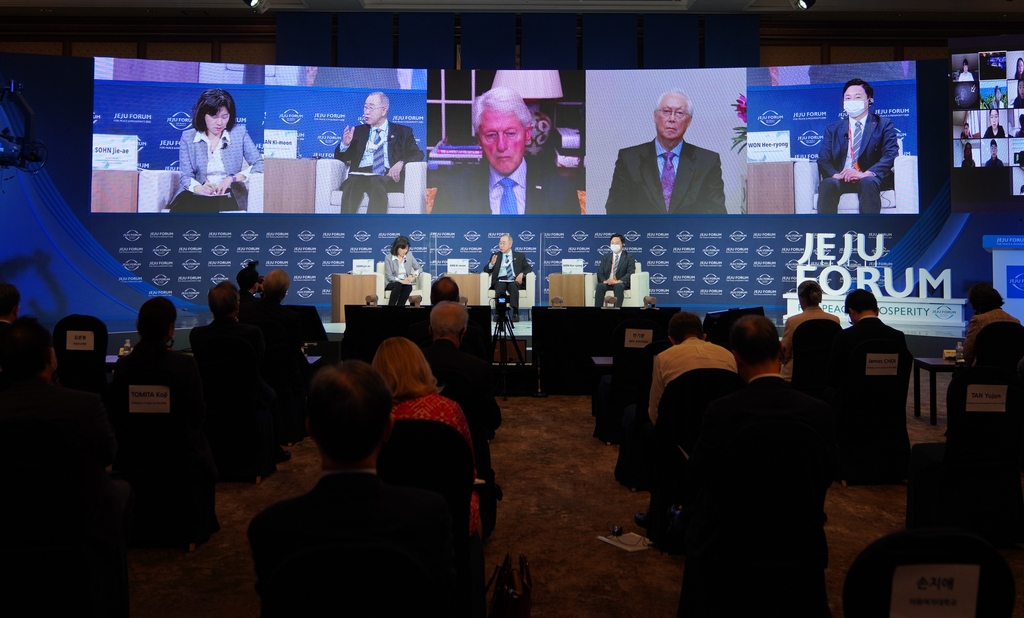