(ATTN: UPDATES throughout with governor's response, other details; ADDS photo)
By Woo Jae-yeon

"Forming public opinion in a fair manner is crucial in a democratic society. Given that, those who manipulate opinions should be held accountable," the court said.

However, it acquitted him of his previous conviction in connection with a separate charge that he had made a secret offer of a consul general job in Sendai, Japan, for an associate of a blogger with the pseudonym of Druking, a main suspect in the case. The court said the alleged offense was not clear enough. 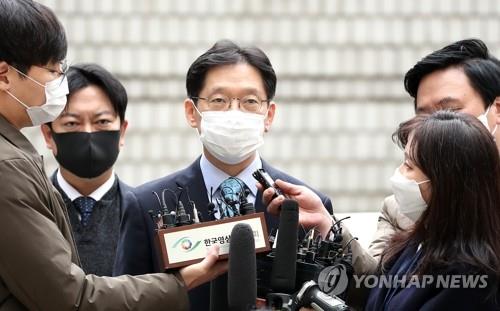 Kim avoided imprisonment as the court did not revoke his bail, citing the acquittal. He has been out on bail since April last year.

The ruling has added to uncertainty over the future of his political life.

Many said if all of his criminal charges are cleared up, he would join a shortlist of presidential candidates of the ruling Democratic Party.

Shortly after the ruling, Kim said he would take the case to the Supreme Court. His gubernatorial position will be retained until the highest court's verdict.

"Only half of the truth has been found (in the ruling)," he said. "I would get the other half to be revealed, for sure, at the Supreme Court."

In January last year, the Seoul Central District Court sentenced him to two years in prison for colluding with Druking, whose name is Kim Dong-won, to carry out the illicit cyber operation.

The court also added another 10 months in prison for Kim for violating the Public Official Election Act, with a stay of execution of two years, over the alleged job offer. 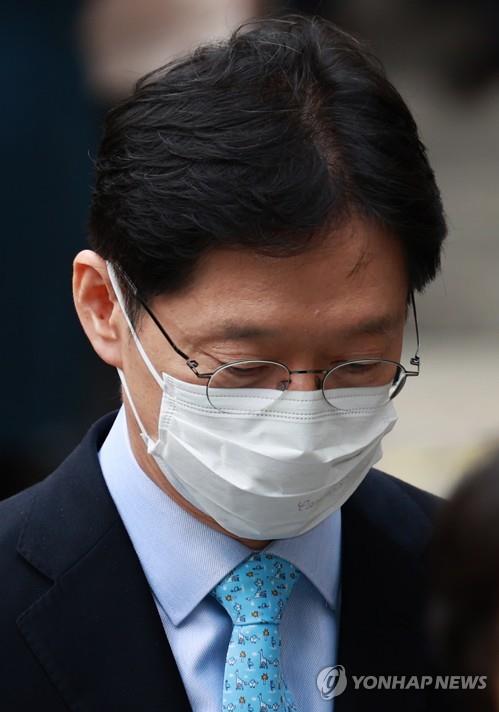 Consistent with the lower court, the appeals court concluded that Kim attended a presentation of a computer program, which was used for the cyber operation, at the blogger's office in November 2016, incriminating evidence to prove the collusion between the two.

If he is found guilty in the highest court, he will lose his governorship. By law, elected public officials lose their posts and are not allowed to run for a public post for at least five years if they receive a prison sentence or get fined 1 million won or more. 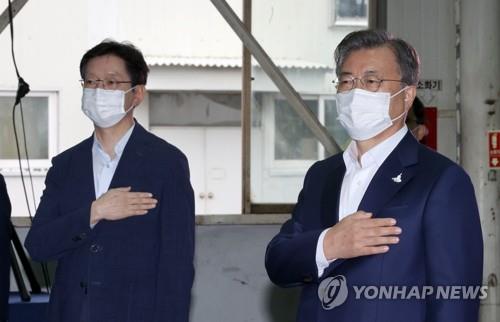