SEOUL, Nov. 6 (Yonhap) -- President Moon Jae-in on Friday expressed gratitude to the Combined Forces Command (CFC) between South Korea and the United States for helping Seoul tackle the coronavirus pandemic as he congratulated the command on its 42nd founding anniversary.

In a message sent to a ceremony held in Yongsan to mark the anniversary, Moon said that South Korea's anti-COVID-19 measures could become a role model for the world as all members of the command endured inconveniences to prevent the spread of the virus.

"Going forward, let's overcome all obstacles together as we do right now," Moon said in the message.

"Today, as we celebrate the 42nd anniversary of the founding of the Combined Forces Command, I remind everyone that Combined Forces Command, the heart and soul of the ROK-U.S. alliance, is stronger than ever before, and we are ready to deter, defend and if necessary defeat any adversary who seeks to do us harm," its commander Gen. Robert Abrams said. ROK stands for South Korea's official name, the Republic of Korea.

CFC deputy commander Gen. Kim Seung-kyum said the command should serve as a linchpin to bring peace on the Korean Peninsula through a strong alliance, urging all members to strengthen its "Fight Tonight" readiness posture.

Later in the day, the command was to host a virtual K-pop concert to mark the anniversary.

The ROK-U.S. Alliance Concert will be livestreamed on U.S. Forces Korea's Facebook account starting at 6 p.m., featuring artists including Lovelyz, YooA of Oh My Girl and Chung Ha, as well as taekwondo, dance and traditional music performances. 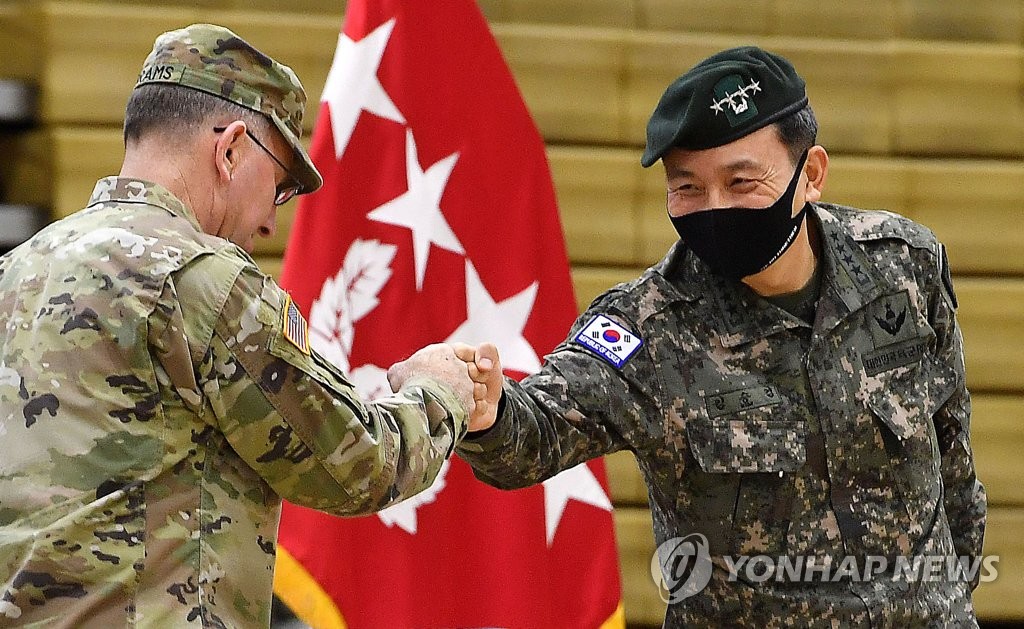