HANOI, Nov. 6 (Yonhap) -- South Korea opened a consulate general in Da Nang on Friday as part of efforts to meet the growing needs of its people traveling the eastern city of Vietnam.

The Consulate General of South Korea in Da Nang held a ceremony to mark the launch of the diplomatic mission at the Hilton Hotel in the Vietnamese city and went into operation.

The ceremony was attended by Park Noh-wan, the South Korean ambassador to Vietnam, and other diplomats from the two countries.

The opening has been needed to meet the consular needs of a growing number of tourists from South Korea in recent years.

South Korean conglomerates, including Doosan Group and Hyosung Group, have been expanding their presence in the Vietnamese city. 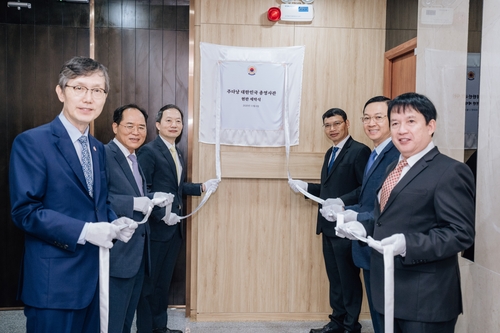