SEOUL, Nov. 6 (Yonhap) -- South Korea and China agreed on Friday to cut the number of their boats fishing in the two country's exclusive economic zones (EEZs) by 50 units each as they seek to preserve maritime resources, South Korea's ocean ministry said.

Under the agreement, which was reached during a meeting of fisheries officials, the number of boats allowed to fish in each other's EEZs will be reduced to 1,350 next year from this year's 1,400, according to South Korea's Ministry of Oceans and Fisheries.

The reduction came after the two sides began cutting the number of their boats allowed to fish in their EEZs from 1,600 in 2016. 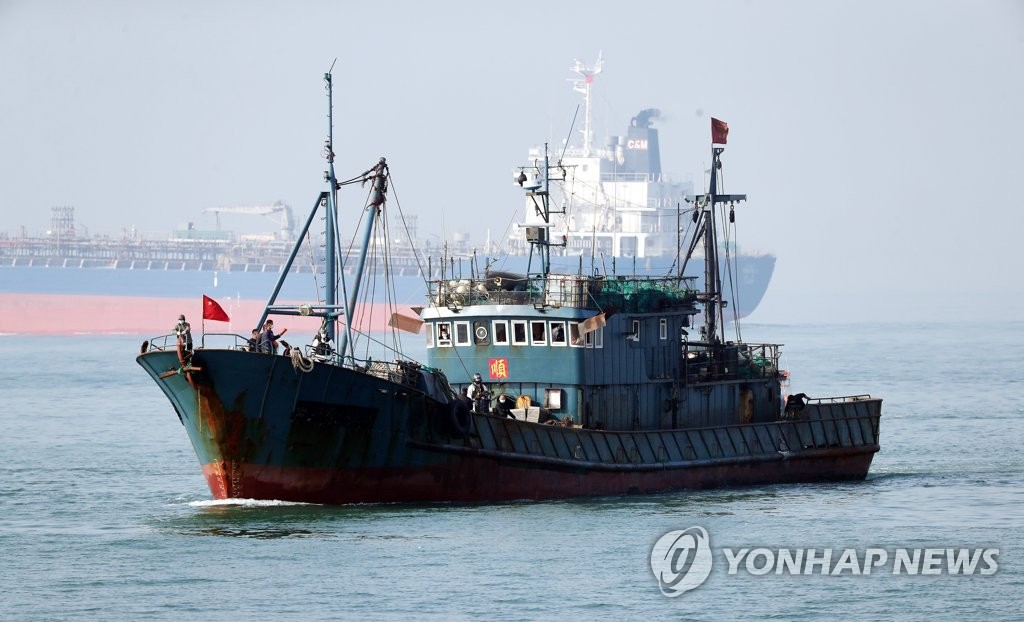 If the South's coast guard provides information on Chinese fishing boats returning home after illegal fishing in the seas of North Korea, China has agreed to inspect those vessels, the ministry said.

The Chinese fishing boats will be punished by China's law if they are found to have illegally fished in the North's seas.

South Korean and Chinese fishing boats have been allowed to fish in the maritime zones under the bilateral fishery agreement reached in 2000.

In addition, South Korea and China reached an agreement to beef up their crackdown on illegal fishing near the maritime zones.