SEOUL/JEJU, Nov. 7 (Yonhap) -- North Korea watchers voiced hope Saturday for a new U.S. administration to craft a more viable approach to engage with Pyongyang, pointing to the countries' deep-seated distrust and lack of working-level engagement as causes of the current deadlock in their nuclear talks.

Former U.S. nuclear negotiator, Robert Gallucci, former Chinese Ambassador to South Korea Ning Fukui and other experts explored the causes of the protracted nuclear impasse during the Jeju Forum for Peace and Prosperity, days after the U.S. presidential election.

Under the Trump administration, the nuclear talks kicked off in a top-down formula with much fanfare -- and high hopes for a breakthrough. But the talks have stalled since the no-deal Hanoi summit between U.S. President Donald Trump and North Korean leader Kim Jong-un in February last year.

Gallucci, known for his role in negotiating a landmark 1994 nuclear agreement with Pyongyang, pointed out a "fatal flaw" in the negotiation process that proceeded based on a direct leader-to-leader diplomacy.

"The heads of state are not going to come together and resolve substantive differences," he added.

Gallucci also highlighted the "substance" issue in the negotiations, noting both Washington and Pyongyang had different expectations about what each other has to do in moving forward their negotiations.

"Generally speaking, the U.S. expectation was North Koreans would perform before the U.S. performed. I use the word 'perform,' in the way American negotiators use it," the former negotiator said.

"The North expected something more like action for action, I believe. We may call it reciprocity. We might call it a process of step by step," he added.

Former Ambassador Ning said that a lack of understanding about each other and unwillingness to recognize each other's matters of concern and concede ground have combined to a deadlock in the two countries' negotiations.

He also called attention to the lack of specifics in the Singapore summit agreement between Trump and Kim in 2018.

"They agreed to the basic principle vis-a-vis the denuclearization of the Korean Peninsula, but they failed to make a practical road map, specific timeline for implementation and direction for this," Ning said through an interpreter.

"I was rather puzzled because there was no substance in it," he said, casting the agreement as entailing "so amazing catchphrase, empty promise and dreamy rhetoric."

Gallucci stressed the importance of normalizing relations between the U.S. and the North

"I really believe the U.S. has to approach North Koreans with a clear message that it is interested in normalization of relations. This is not a gift or a reward for North Koreans," he said. 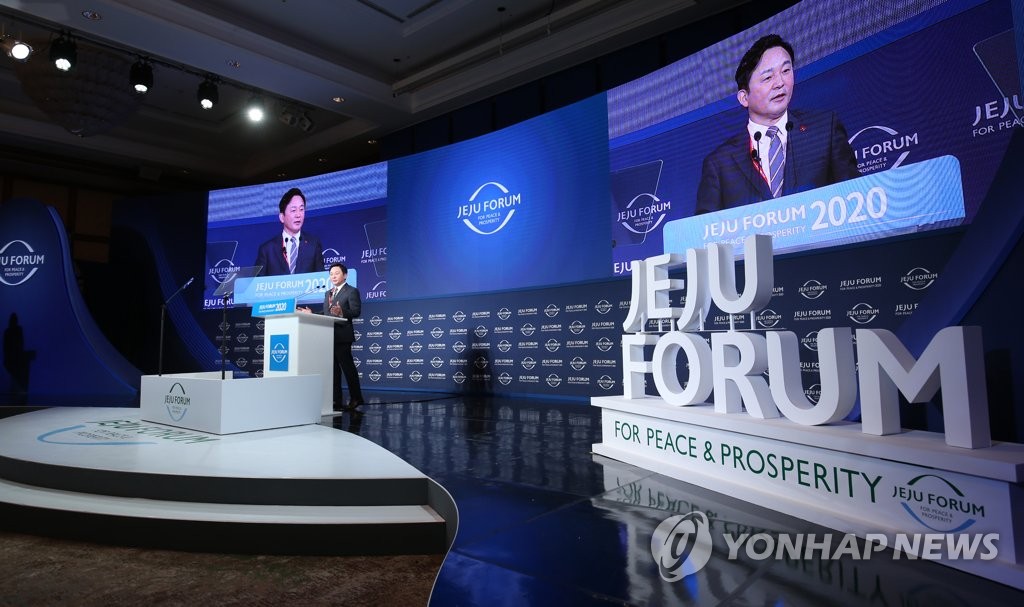