"Congratulations to @JoeBiden and @KamalaHarris. Our alliance is strong and the bond between our two countries is rock-solid," Moon wrote on Twitter.

"I very much look forward to working with you for our shared values," Moon added. "I have great expectations of advancing and opening up the future development of our bilateral relations."

He ended the short note with "Katchi Kapshida!," a Korean expression that means "Let's go together!" 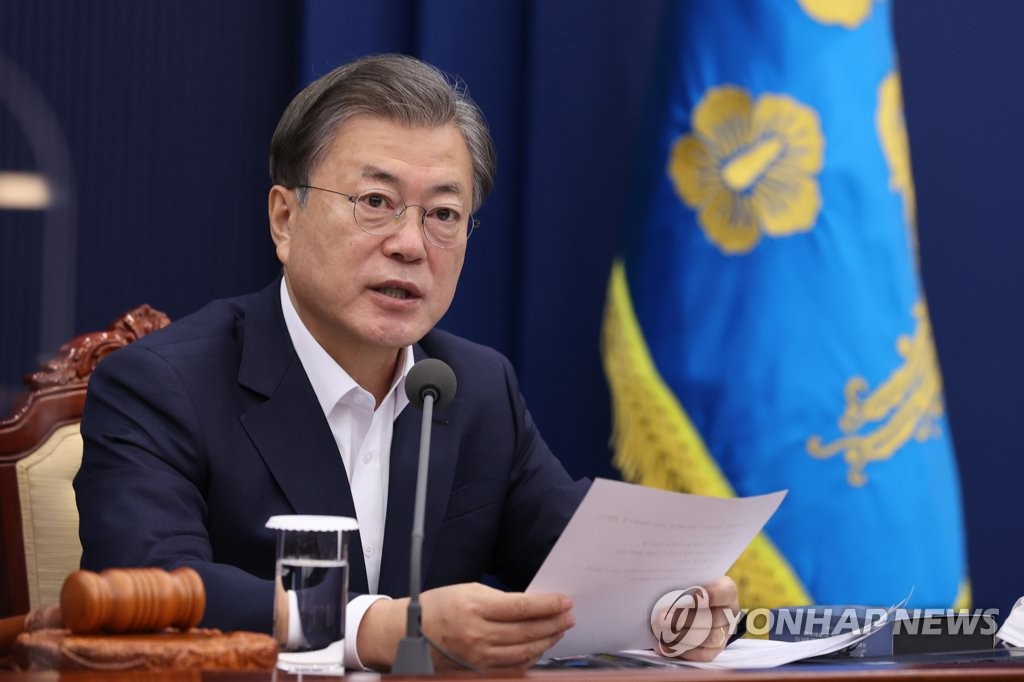 Moon used his social media account to congratulate the Biden team, instead of a formal diplomatic channel, apparently in consideration that President Donald Trump is not accepting defeat.

Moon is expected to seek to send an official congratulatory letter to Biden or hold phone talks with him after a power transition process gets under way in earnest. 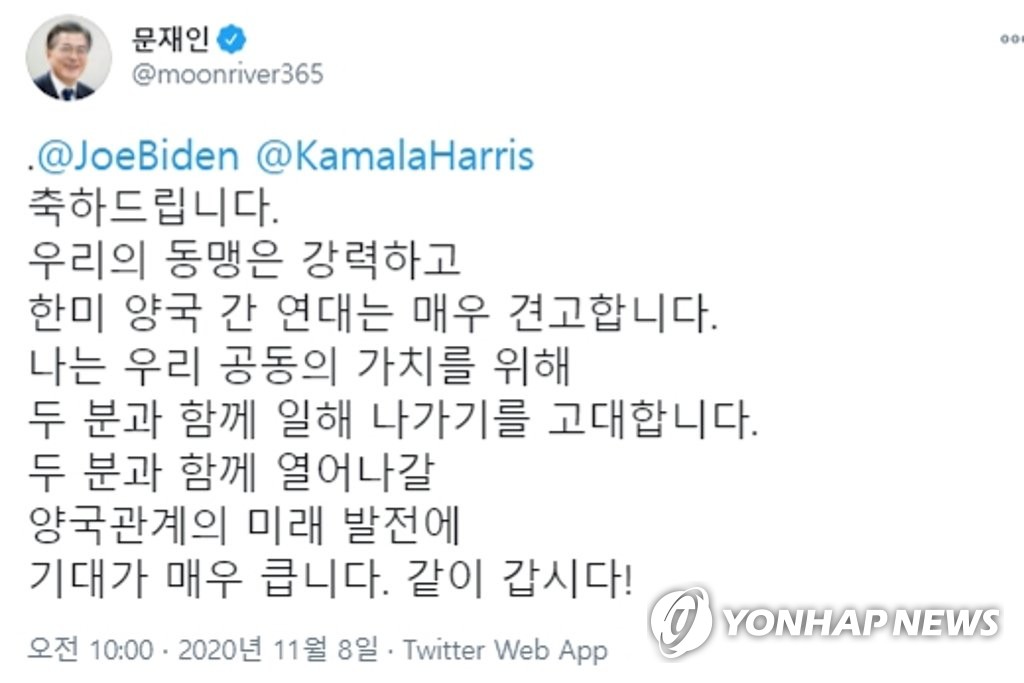