Biden was declared the winner of the U.S. presidential election on Saturday after a stunning upset victory in Pennsylvania, which gave him 20 electoral college votes to surpass the 270 electoral votes needed to win the White House.

"In the era of Biden as president, I believe that the Korea-U.S. alliance will become more solid," Rep. Lee Nak-yon, chairman of the ruling Democratic Party (DP), said in a congratulatory message posted on his Facebook account.

"South Korea and the U.S. will continue to cooperate closely to achieve peace and prosperity in Northeast Asia and the world, based on their solid alliance," Lee said.

He said, "I hope (the policy of) the Korean Peninsula peace process can be reactivated and the path toward building permanent peace (on the peninsula) can be laid out as soon as possible."

"Efforts for U.S.-North Korea talks should resume to denuclearize the Korean Peninsula and build a lasting peace, within the framework of South Korea-U.S. collaboration," the party spokesman said in a press release. 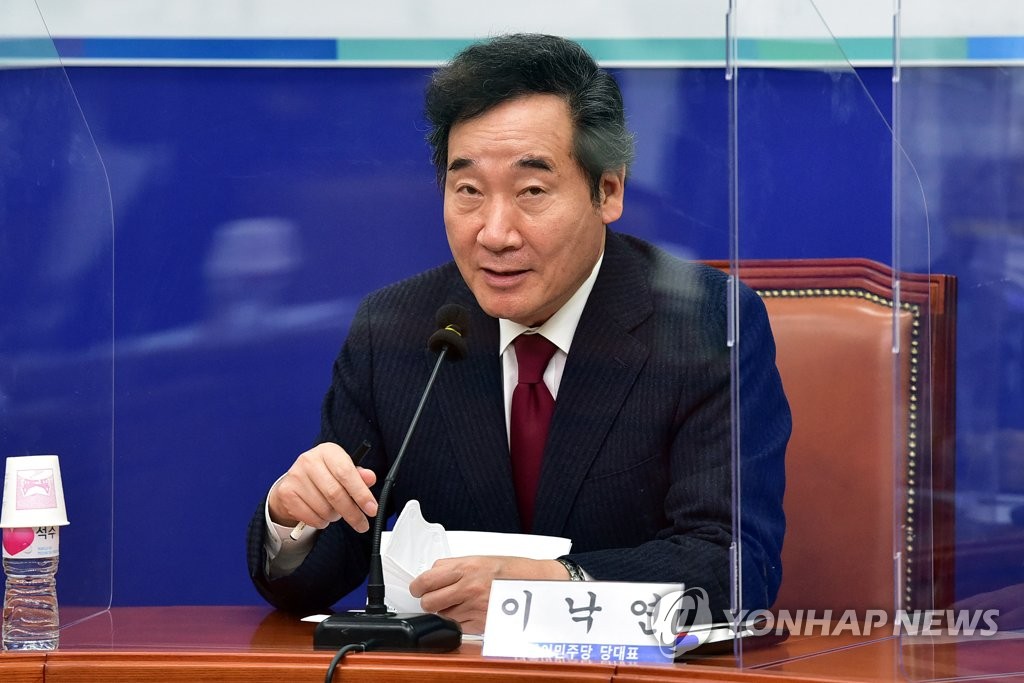 "The PPP sends an applause of support for Americans standing at the starting point for new history," Rep. Bae June-young, a party spokesman, said.

"The South Korea-U.S. alliance is an alliance forged through blood (shed together) at the battleground of the Korean War," Bae said.

The two nations have worked together for 70 years for liberal democracy and the market economy, he said, adding that "South Korea will be with the U.S. if it goes on to act as a responsible leader in the international community."

The spokesman also called on Biden to muster efforts to denuclearize North Korea and build peace on the peninsula.

"South Korea will more solidly go hand in hand with the U.S. to build peace and prosperity in the world for another 70 years," Bae said, adding that the PPP believes in the power of the Seoul-Washington alliance.

In a post on Facebook, PPP floor leader Rep. Joo Ho-young said, "I fully expect that (the Biden administration) can attain tangible accomplishments in completely denuclearizing the Korean Peninsula through continued negotiations with North Korea." 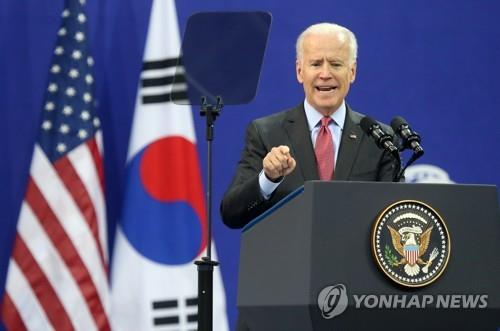 Minor parties also voiced congratulations and hope for progress in issues pertaining to North Korea and the Seoul-Washington alliance.

Kim Jong-cheol, the leader of the progressive minor Justice Party, said in a press release, "The U.S.' Korean Peninsula policy should eventually lead to denuclearization, the establishment of formal diplomatic ties between U.S. and North Korea and the establishment of peace (in the region)."

On the defense front, the incoming Biden administration should distance itself from the Trump administration's "reckless and exploitative" approach, Kim said, referring to the countries' negotiations on sharing the upkeep of stationing American troops in South Korea.