The Korea Baseball Organization (KBO) announced Sunday that Alcantara was voted its Player of the Month for October, the final month of the regular season. He won all six October starts while posting a 1.34 ERA. He had 41 strikeouts in 40 1/3 innings. He led all pitchers in wins in October and finished second behind his teammate Chris Flexen in ERA and strikeouts. 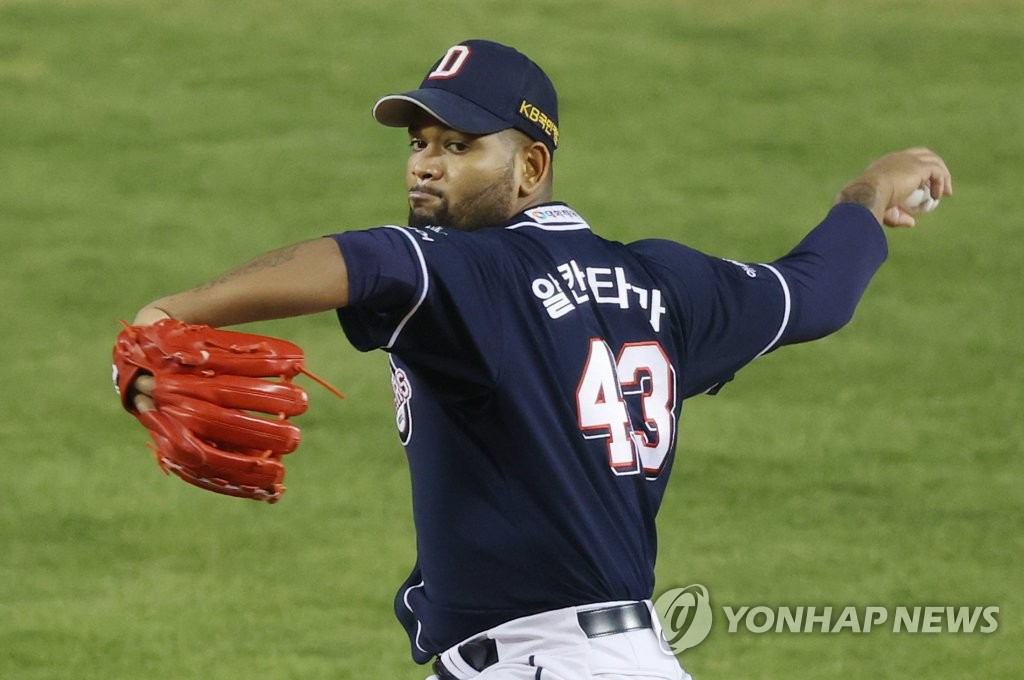 When votes cast by media and fans were converted into points, Alcantara came out on top with 33.68 points, with NC Dinos catcher Yang Eui-ji finishing as the runner-up at 31.48 points.

Alcantara earned 14 out of 30 votes from the media to lead all candidates and garnered 34,874 votes from fans to finish second in that category. Yang had three media votes and 89,247 fan votes.

The winner will receive 2 million won (US$1,780) in prize money and a gold bar worth 600,000 won, courtesy of the league's title sponsor, Shinhan Bank.