Jeonbuk defeated their K League rivals Ulsan Hyundai FC 2-1 in the second leg of the championship final at the FA Cup, organized annually by the Korea Football Association (KFA). Midfielder Lee Seung-gi scored both of Jeonbuk's goals in the second half at Jeonju World Cup Stadium in Jeonju, 240 kilometers south of Seoul. 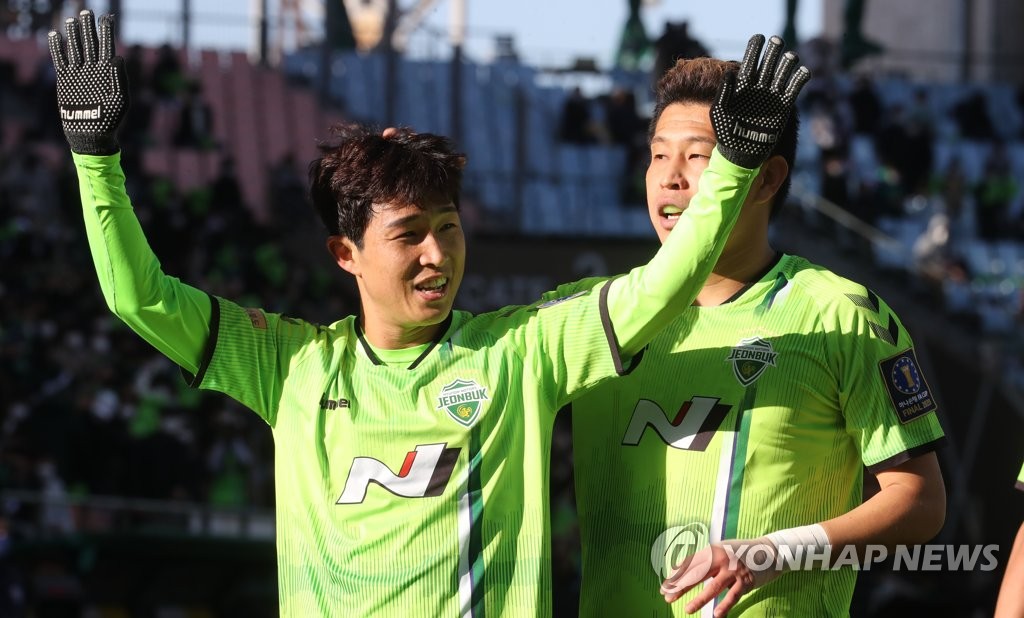 The two teams played to a 1-1 draw in the opening leg Wednesday, and Jeonbuk prevailed on a 3-2 aggregate score.

With the FA Cup title, Jeonbuk have pulled off the first "double," or winning two major trophies in one season, in club history. They grabbed the K League 1 title exactly a week ago.

Jeonbuk will now pursue a "treble," or capturing three major titles in one year, at the Asian Football Confederation (AFC) Champions League. The group stage play at the continent's top club competition will resume later this month. No South Korean club has accomplished a treble.

Ulsan jumped out to a 1-0 lead barely four minutes into the match, as Junior Negrao scored on his own rebound. The Brazilian forward tried to head home a free kick taken by Hong Chul, and after goalkeeper Song Beom-keun made the initial save, Junior Negrao pounced on a rebound that came right back to him.

Jeonbuk kept applying the pressure on Ulsan but didn't record any shot on target in the first half. Then in the 53rd minute, Lee Seung-gi netted the equalizer with his right foot. He secured a poor clearing attempt by Ulsan and fired the ball into the far corner from the right side of the box.

Eight minutes later, Lee put Jeonbuk ahead for good, this time using his left foot to score after taking a feed from forward Cho Gue-sung.

This was the first career FA Cup for Jeonbuk veteran Lee Dong-gook, the career K League scoring leader who will retire from professional football after the end of this year. 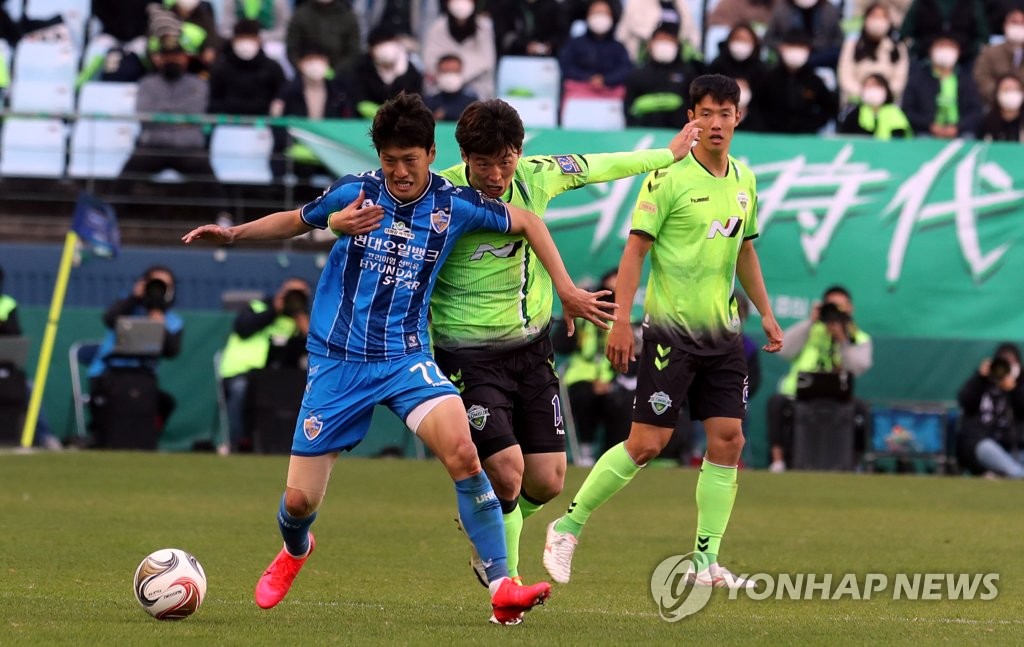