SEOUL, Nov. 9 (Yonhap) -- South Korea's won currency surged to a 21-month high against the U.S. dollar on Monday after the election of Joe Biden as the next U.S. president.

It was the first time in 21 months that the currency breached the key support level of 1,120 won to the greenback.

Analysts said the won is expected to further strengthen for the time being, as uncertainty over the U.S. presidential election eased.

Jeon Seung-ji, a currency analyst at Samsung Futures Inc., said the won is expected to show "upward rigidity for the time being" due to the fall of the U.S. dollar.

The U.S. dollar is likely to fall further as the Biden administration is expected to draw up massive stimulus measures to prop up the pandemic-hit economy, Jeon said.

However, the won's strength may be limited as new waves of coronavirus infections hit the United States and European nations, analysts said. 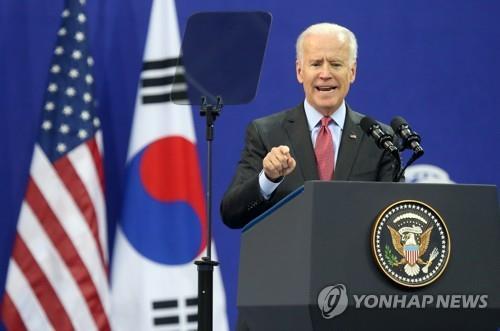