SEOUL, Nov. 9 (Yonhap) -- South Korea put up a thank-you video in New York's Times Square on Monday (Seoul time) in honor of foreign service members who fought alongside the South during the 1950-53 Korean War as the country marks the 70th anniversary of the war's outbreak, the veterans affairs ministry said.

The 30-second clip is one of a series of similar videos to be aired on 13 electronic billboards in the United States, Britain and Thailand to honor the foreign veterans, according to the Ministry of Patriots and Veterans Affairs.

The public ad will also be provided to 103 broadcasters in 22 U.N. member countries, the ministry said.

The ad was launched as South Korea could not host various events originally planned due to the COVID-19 situation.

"The 70th Anniversary of the Korean War Commemoration Committee is launching the public advertisement project in order to express the country's gratitude to U.N. veterans of the Korean War and let them know the country still remembers them after 70 years," the ministry said in a release.

On Tuesday, the ministry will host an international conference on veterans' issues, followed by a ceremony to honor the foreign veterans killed during the Korean War the next day.

The "Turn Toward Busan" ceremony, set to take place at the U.N. Memorial Cemetery in the country's southern port city of Busan, will bring together around 150 international war veterans, families of fallen soldiers and diplomats from countries that sent troops or medical support to South Korea during the war, according to the ministry.

Prime Minister Chung Sye-kyun plans to visit the cemetery and present medals to express gratitude for their sacrifice and commitment, the ministry added. 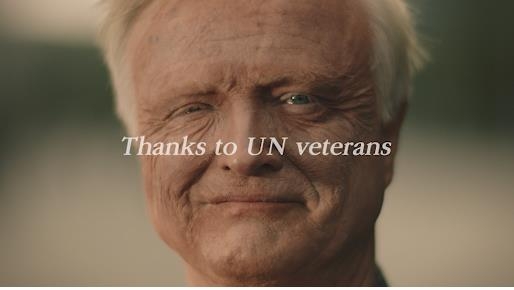