"It's necessary to hold a South Korea-U.S. summit at an early date following President-elect Joe Biden's inauguration," the party's floor leader Rep. Kim Tae-nyeon said during a meeting of the top party council.

He added, "It's important for (South Korea) to have close diplomatic communications (with the U.S.) so that the South Korean government's position can be sufficiently reflected in the process of the new American administration's review of Korean Peninsula and North Korea policies."

In that regard, he said, the coming 100 days are crucial, as South Korea would be able to expand its mediator or facilitator role in the region and secure more room in terms of inter-Korean relations, a task dependent on its "strategy and efforts."

He said his party, which holds a majority of seats at the 300-member National Assembly, will fully support efforts for progress in the Korea peace process via "multi-sided" lawmakers-level diplomacy. 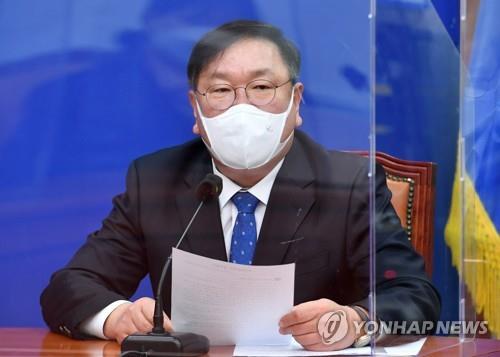