SEOUL, Nov. 9 (Yonhap) -- North Korea has stayed mum on Joe Biden's victory in the U.S. presidential election as President Donald Trump refuses to concede defeat, amid questions about when and how Pyongyang will react to the results.

Pyongyang appears to be cautiously watching the U.S. election without releasing any statements or media reports about it, as leader Kim Jong-un has maintained a close relationship with Trump through three historical meetings.

Trump has refused to accept defeat and has filed several legal complaints since Biden's victory.

As of Monday morning, North Korean state media outlets, including the Rodong Sinmun and the Korean Central News Agency, as well as propaganda outlets, have stayed silent with regard to Biden's stunning victory that is expected to lead to significant changes in how the U.S. deals with the North.

The Rodong Sinmun, the official newspaper of the North's ruling party, ran several reports on the country's nationwide efforts against COVID-19 on Monday but did not make any mention of the election results.

No reports on leader Kim's public activities have been released since he visited the cemetery of fallen Chinese soldiers in the North's South Pyongan Province on Oct. 21.

Past media reports from the North indicate that it may not report swiftly on the U.S. election results.

The North's fastest response came in 2008, when it reported on Barack Obama's election two days after his victory, reacting positively to his win over then Republican candidate John McCain.

When Obama was reelected in 2012, however, the North reported on his victory in a commentary article four days later, reflecting its view of the Obama administration's "strategic patience" policy of waiting for the North to return to the negotiating table while putting pressure on Pyongyang.

When Trump won the 2016 presidential election, the North reported it on the Rodong Sinmun two days later but referred to him as the new administration without mentioning his name.

The North is expected to remain mum on the election without carrying provocative articles against the newly elected president while closely watching the situation as the new administration takes office. 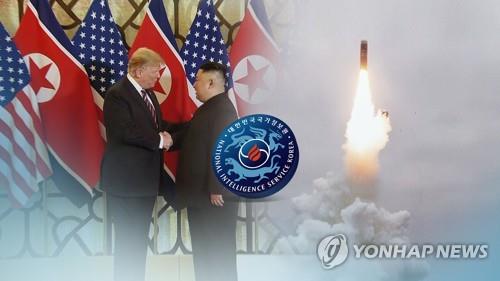