The offer will run from Wednesday through Tuesday and give customers a maximum discount of 50,000 won (US$45) on their purchases made with "Seoul Love Coupons" on seven delivery apps, including Ddingdong and Mukkebi. 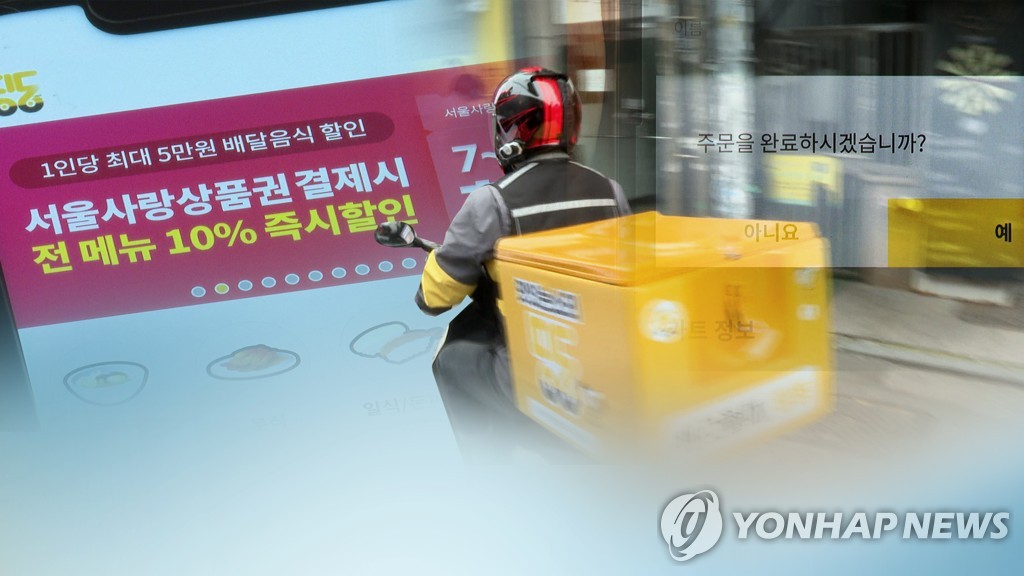 These seven are participating in the city government's "zero delivery union" service, which was launched in September and aims to ease the financial burden on delivery app firms by requiring them to pay only 0-2 percent in delivery commission fees.

"We hope that the upcoming 'zero delivery' promotion week will provide various benefits to citizens, raise awareness of the 'zero delivery union' and also give practical help to small businesses in the capital area," Seo Seong-man, a labor policy official at the city government, said.

Customers who have paid with the Seoul Love Coupons on a participating app can also enter a raffle at www.zerodeliveryevent.co.kr until Dec. 6. Prizes include dryers, cordless vacuum cleaners and Seoul Love Coupons.

The promotional event is being held in connection with "Taste of Seoul," a five-day virtual food fest that is also being organized by the city government starting Wednesday.