SEOUL, Nov. 9 (Yonhap) -- An association of American veterans who served in South Korea said Monday that it held a conference to help junior U.S. service members better understand the alliance between the two countries and security situations surrounding the Korean Peninsula.

The conference took place at Camp Humphreys in the city of Pyeongtaek, some 70 kilometers south of Seoul, on Friday and brought together around 80 junior members of the U.S. Forces Korea (USFK) and officers from the Eighth Army, according to the Korea Defense Veterans Association (KDVA).

The organization also plans to host another round of the alliance conference next week at Osan Air Base, which will be attended by dozens of U.S. service personnel and USFK's deputy commander, Lt. Gen. Scott Pleus, it added.

The KDVA was founded in 2017 to advocate for the alliance and support the American and Korean military personnel who served or continue to serve it. The nonprofit organization is currently led by former USFK commander Vincent Brooks. 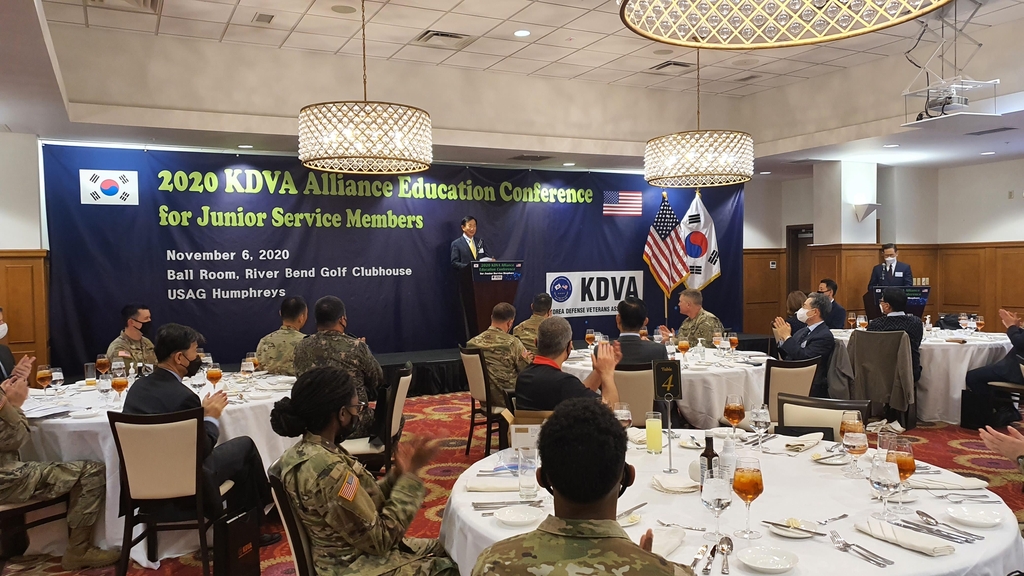