SEOUL, Nov. 9 (Yonhap) -- President Moon Jae-in said Monday his government will have "multi-sided" communication with U.S. President-elect Joe Biden in order to ensure that there is no "vacuum" in the alliance and the Korea peace process.

He expressed hope for the creation of a "new opportunity and resolution" in inter-Korean relations as well, making his first official verbal statement on the election of Biden.

"In particular, (the South Korean government) will make sure that there won't be any vacuum in the strengthening of the South Korea-U.S. alliance and progress in the Korea peace process," Moon said in front of pool reporters during his weekly meeting with senior Cheong Wa Dae aides. 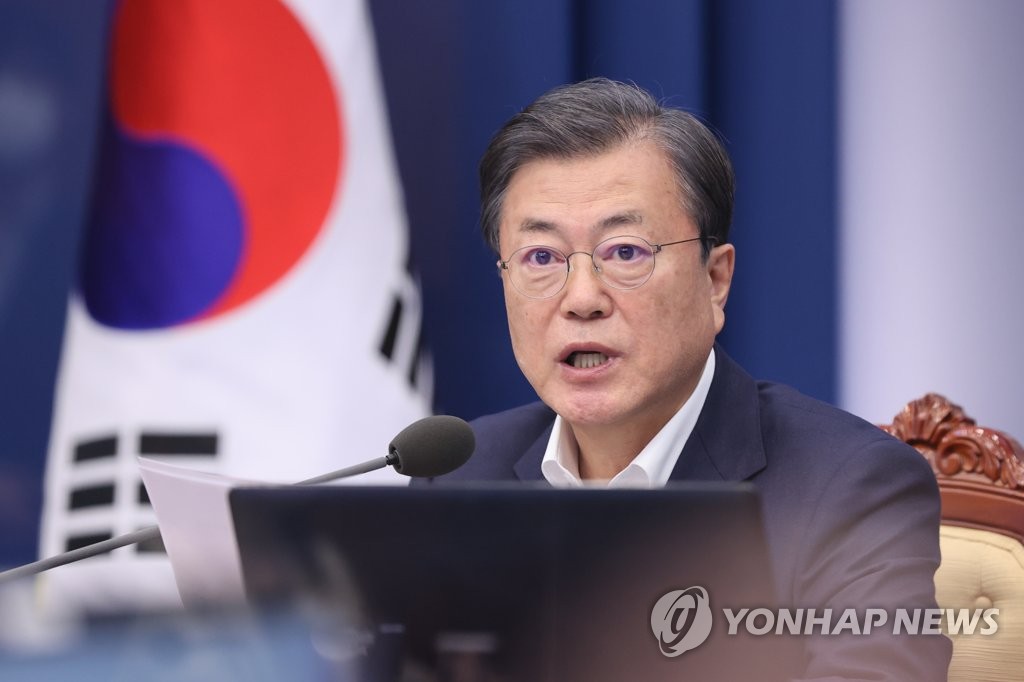 To that end, Moon said his government will communicate on multiple sides with the president-elect and major figures preparing for the launch of a new administration in late January.

"Together with the new U.S. government, I and my government will make the South Korea-U.S. alliance more robust and continue to develop the solid bond between the peoples of the two nations," he said.

The president pledged to work together with Biden on such shared values as democracy, peace, human rights, international solidarity and multilateral cooperation, as well as in dealing with global challenges, including the fight against COVID-19 and climate change.

In terms of Seoul-Pyongyang ties, Moon added he expects the creation of circumstances to explore a fresh chance and resolution.

"Our government has a firm commitment to pushing unwaveringly for the Korean Peninsula peace process," Moon stressed. "In tandem with a strong coordination between South Korea and the U.S., I hope the two Koreas, as parties (directly) concerned regarding the Korean Peninsula issue, will be able to play a more important role."

He pointed out that the U.S. Democratic administration has the experience of closely cooperating with South Korea's liberal government in the drive for denuclearization and a peace regime.

"Another axis of the powerful South Korea-U.S. alliance is solid economic cooperation," he pointed out.

"Especially, Seoul and Washington have big room for cooperation on carbon-neutral policies and climate change response, on which President-elect Biden places a focus," Moon said.

He wished them post-election national unity and a successful leadership.

"As a friendly and strong ally, our government will absolutely respect and support the choice of the American people," Moon said.

On Sunday, he posted a congratulatory message for the duo on Twitter, saying, "I have great expectations of advancing and opening up the future development of our bilateral relations."