The two letters were disclosed for the first time by the presidential museum at Yonsei University in the wake of Biden's recent election victory.

In a letter dated Sept. 30, 1983, Biden, then a U.S. senator for Delaware, thanked Kim for sending information on "United States attitudes toward the building of a democratic Korea."

"I appreciate your efforts," he wrote. "This information could be useful for me. The matters you have covered will take careful consideration and the additional information will prove to be helpful." 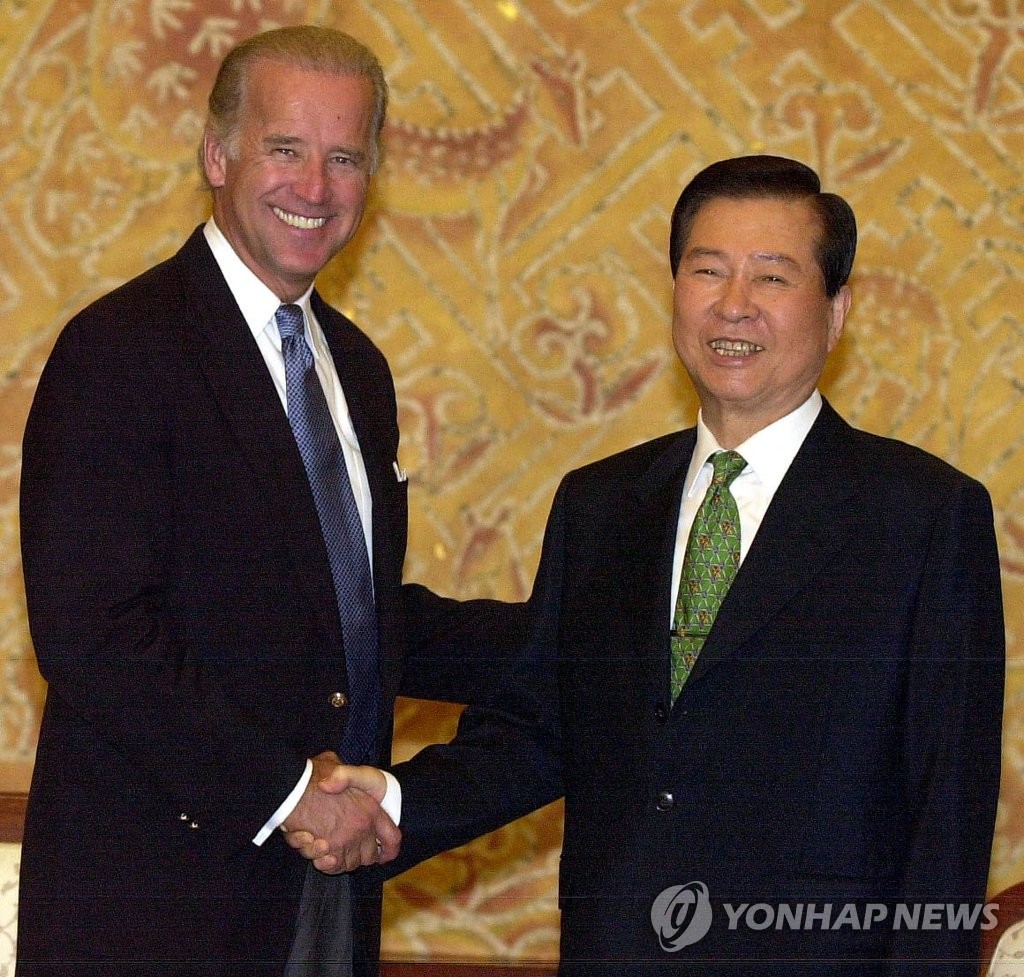 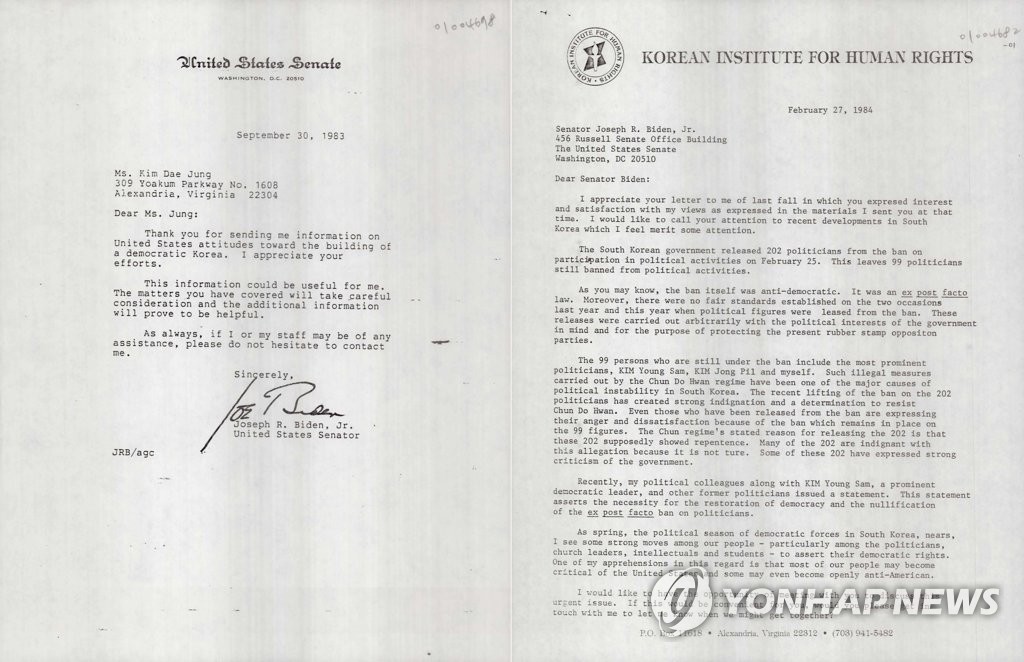 Kim was in exile in the United States at the time after being pardoned following a death sentence on trumped up charges of fomenting a pro-democracy uprising in the southern city of Gwangju.

In a subsequent letter sent to Biden, dated Feb. 27, 1984, Kim requested a meeting to discuss an "urgent issue," citing recent developments in South Korea that left 99 politicians still banned from political activities under the then Chun Doo-hwan regime.

The library said on its website that the letters reveal the close relationship shared by Kim and Biden during the early 1980s.

"President Kim Dae-jung has passed away, but with the election of Biden as president of the United States, a person who had a close relationship with Kim over a long period of time, it is necessary for the realization of South Korea's national interest to take such facts into consideration when crafting a future foreign policy toward the U.S.," the library said.

Kim, who served as the nation's president from 1998-2003, won the 2000 Nobel Peace Prize for his efforts to improve inter-Korean relations.