SEOUL, Nov. 9 (Yonhap) -- The number of people covered by state employment insurance rose by 364,000 on-year in October, with growth in monthly new subscribers returning to pre-COVID-19 levels of earlier this year, the labor ministry said Monday.

The additions brought last month's subscription number to 14.23 million, amid the creation of new extra jobs by the state and local governments in the service sector in recent months to lessen the blow of the new coronavirus pandemic. 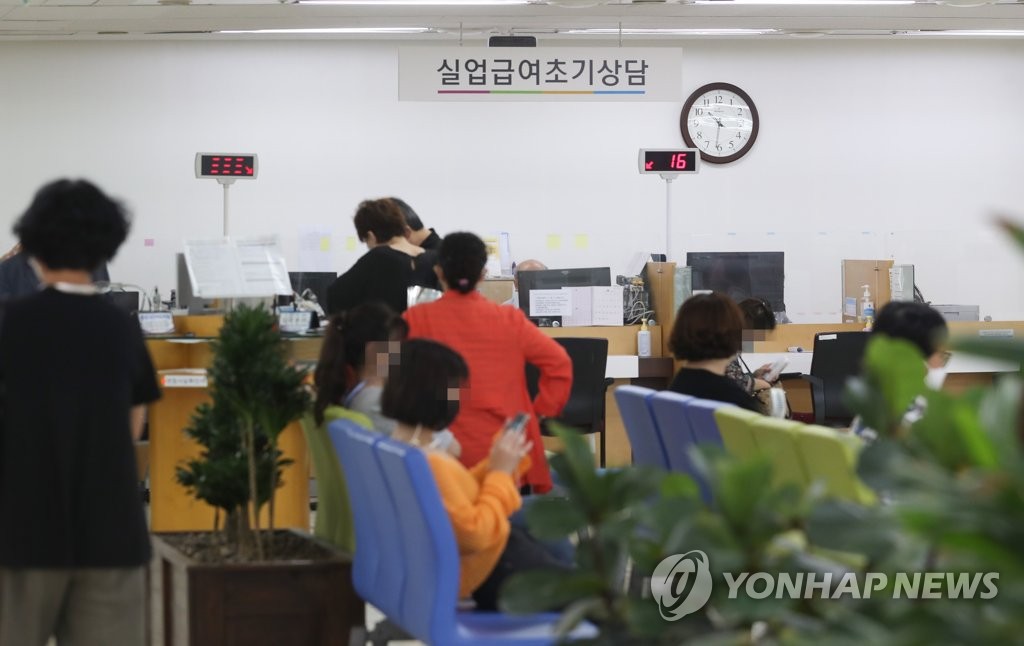 By industry, the service sector added 393,000 subscribers last month from a year earlier for a total of 9.84 million people, according to the monthly statistics released by the ministry.

Within the service sector, subscribers in public administration sharply increased by 199,000, a record high in that field.

By contrast, subscribers in the hotel and restaurant industries dropped by 22,000 from the same month last year, marking a sharper decline than in September (13,000).

The figure suggests that the resurgence of COVID-19 that began in mid-August continued to impact jobs in the hotel and restaurant industries.

The manufacturing industry continued to see a decline in employment, with 45,000 fewer insurance subscribers than in October last year.