SEOUL, Nov. 9 (Yonhap) -- Salaried employees in South Korea work for 8.05 hours on average per work day and take an average of 8.25 days off per month, a poll showed Monday.

Notably, 35.3 percent said their health is currently not good. 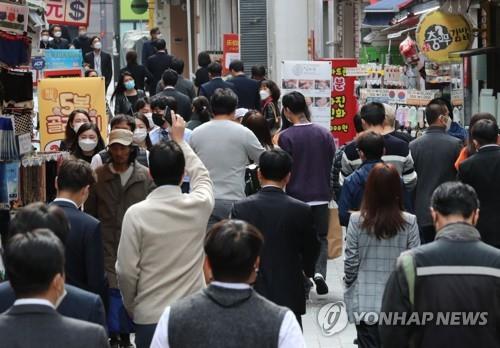 The poll was conducted from Oct. 22-26 nationwide at the request of the civic organization Gapjil 119, dedicated to stamping out power abuse by people in higher positions.

The ratio of workers taking less than eight days off a month was higher among non-regular workers, at 28 percent, than regular workers at 21.3 percent.

Less than half of the pollees, 45.2 percent, said they can go on leave on any day they want, the pollster said, adding the ratio was lower among female, non-regular and low-income workers.

It also found 64.5 percent saying the Labor Standards Act is well observed at work, while 58.4 percent said they don't trust the government and government labor inspectors.

About 57 percent of regular workers said their working conditions will improve in the future, whereas 54.5 percent of non-regulars gave the opposite answer.