SEOUL, Nov. 9 (Yonhap) -- So Hyeong-jun pitched like he's been there before.

The 19-year-old rookie starter for the KT Wiz tossed 6 2/3 shutout innings in his Korea Baseball Organization (KBO) postseason debut against the Doosan Bears on Monday. So allowed just three hits and struck out four while walking one, before leaving Game 1 of the best-of-five second round scoreless with two outs in the seventh.

The right-hander was a surprise choice to start the very first postseason game of Wiz franchise history, ahead of former major league veteran Odrisamer Despaigne. So had pitched well against the Bears during the regular season -- 3-1 with a 2.51 ERA in six games -- but the postseason, as they say, is a different animal. 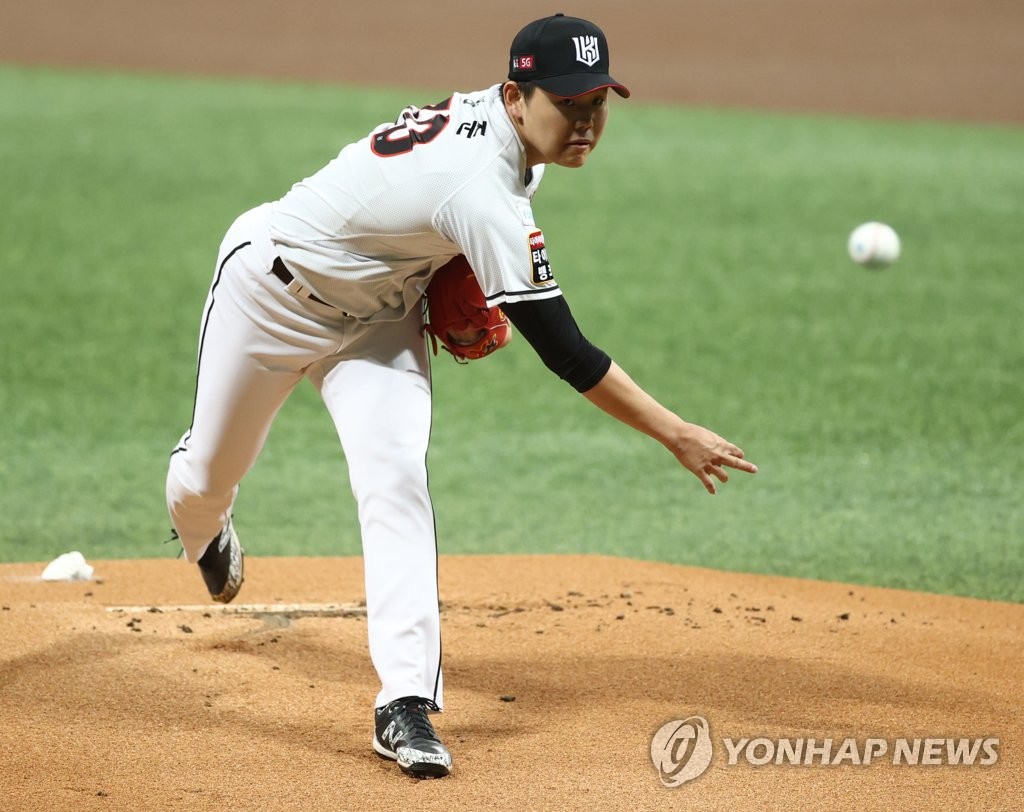 But it turned out So was ready for that test.

So allowed the speedy leadoff man, Jung Soo-bin, to reach on an error. But the teenager settled down after that, as he sat down 11 straight batters.

He continued to stay low in the zone, with a mix of two-seam fastballs, sliders and occasional changeups. Through six innings, he held the Bears to just one hit while inducing 10 groundouts, four flyouts and four strikeouts.

So also received plenty of help from his defense. Shortstop Shim Woo-jun made a fielding error on Jung in the first, but immediately made up for it by making a brilliant basket catch on a pop fly by the next hitter, Jose Miguel Fernandez.

In the fifth, Shim showed off his range, moving to his right to rob Park Sei-hyok of a single up the middle.

When So ran into some trouble in the seventh, defense bailed him out once again.

Heo Kyoung-min hammered a line drive off the left field wall in the seventh, but left fielder Cho Yong-ho caught the carom perfectly and threw a strike to second baseman Park Kyung-su, who tagged Heo with time to spare for the second out.

The long single seemed to wake up the Bears, though, as Park Sei-hyok kept the inning moving with a single and Kim Jae-ho drew a walk. That walk, which came on So's 100th pitch of the game, chased the young right-hander from the game.

Reliever Ju Kwon struck out Oh Jae-won to end the inning and erase the two inherited runners, thereby ensuring a scoreless start for So.

Though So didn't factor into a decision in the Wiz's 3-2 loss, both managers were effusive about the teenager.

His own skipper, Lee Kang-chul, said it was only thanks to So that the game was so close.

"I don't even have words to describe his performance. He was outstanding," Lee said. "The game could've gone out of control, but he kept us in the game."

Kim Tae-hyoung, the Bears' manager, said he now realizes why So got the coveted and pressure-packed Game 1 nod.

"He looked the part of a No. 1 starter today, whether it was the way he pitched or how he handled himself on the mound," Kim said. 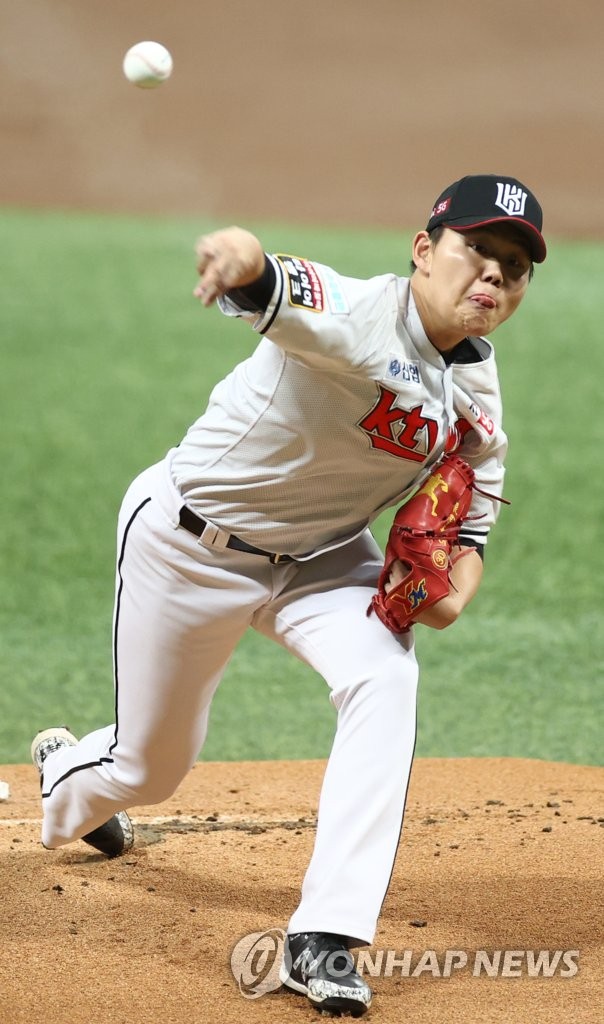