SEOUL, Nov. 9 (Yonhap) -- Twice he has pitched in the South Korean baseball postseason. And twice opposing hitters could barely touch him.

Chris Flexen of the Doosan Bears fired 7 1/3 dominant innings, striking out 11 while allowing four singles and two walks in the Bears' 3-2 victory over the KT Wiz that opened the best-of-five second round in the Korea Baseball Organization (KBO) postseason. 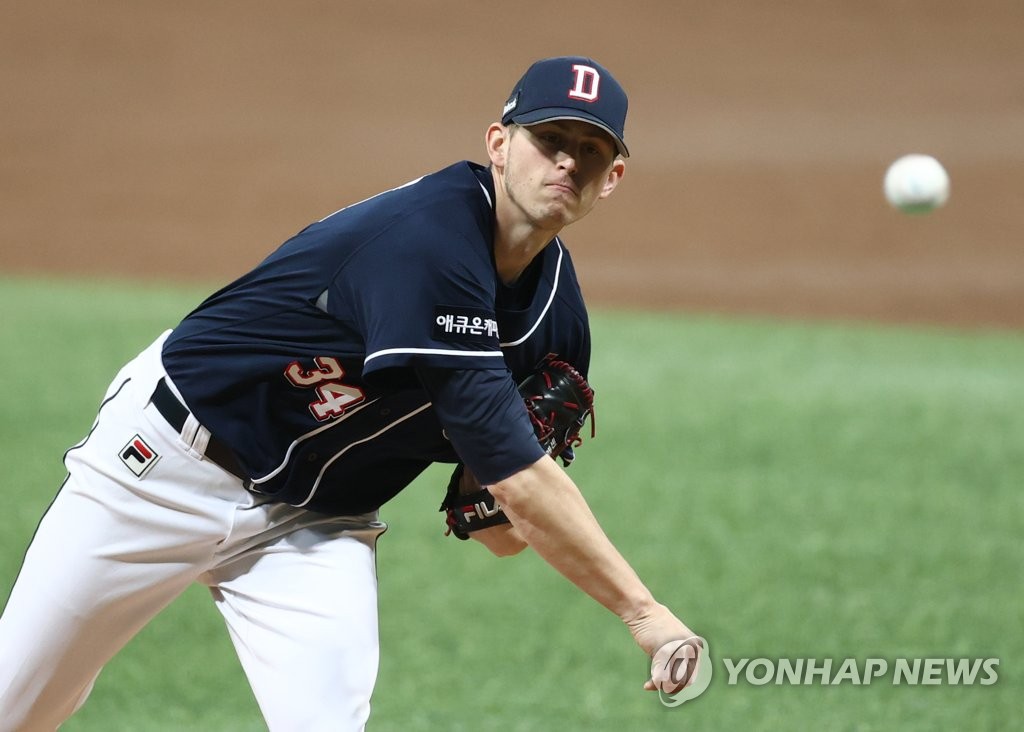 Flexen was charged with two earned runs, when closer Lee Young-ha allowed two inherited runners to score in the eighth inning. The blown save spoiled a record-setting night for Flexen, who became the first KBO pitcher ever to record 10 or more strikeouts in consecutive postseason starts. He had struck out 11 batters in six shutout innings against the LG Twins during the first-round game last Wednesday.

This was a pitching duel for the first seven innings, with the Wiz's rookie starter So Hyeong-jun firing 6 2/3 scoreless innings himself.

Flexen was even more dominant and efficient than So.

Flexen had five strikeouts through first three innings. After a clean third inning, Flexen worked around a one-out error by shortstop Kim Jae-ho in the fourth by getting Park Kyung-su to hit into a 5-4-3 double play.

Flexen then struck out the bottom third of the lineup in order in the fifth inning -- all of them by swinging.

Another three-up, three-down inning followed in the sixth. Flexen issued his first walk with two outs in the seventh but struck out Cho Yong-ho to end that inning.

After making 95 pitches through seven innings, Flexen came back out for the bottom eighth -- after the Bears broke the scoreless tie with two runs in the top half of that inning.

Flexen walked Bae Jung-dae to begin the eighth, and after one out, gave up a double to Hwang Jae-gyun that put runners at second and third.

The trusted closer Lee Young-ha came on for a potential five-out save, but he ended up giving up a game-tying, two-out single to Yoo Han-joon.

Lee had Yoo in a 0-2 hole but hung a breaking ball over the middle of the plate. Flexen came within a strike of walking away with 7 1/3 scoreless innings and qualifying for a win.

Though Flexen didn't get a decision, he got the last laugh. The Bears scored in the top ninth, and Lee held his ground to lock down a 3-2 victory. 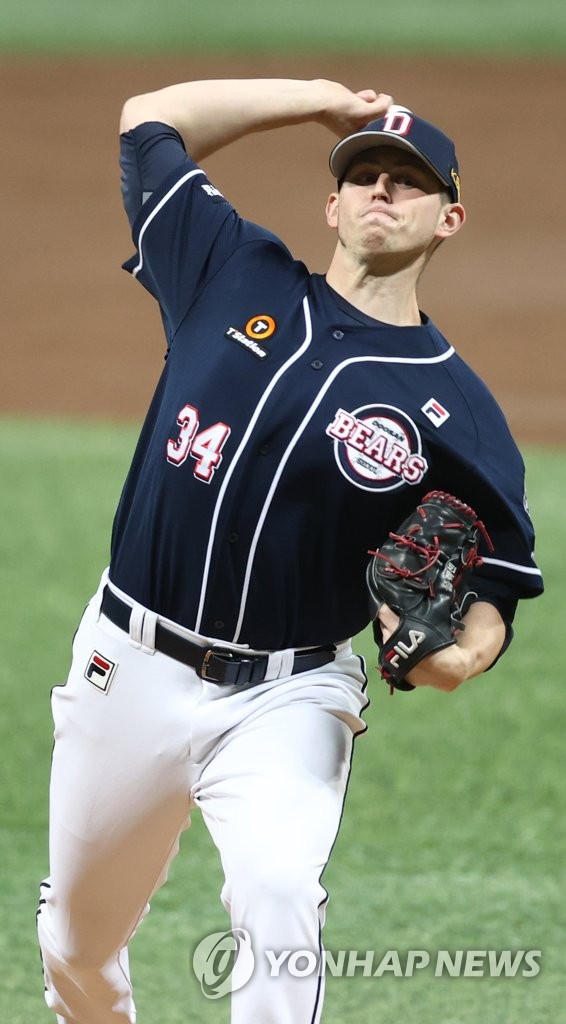