Against the KT Wiz in a playoff series opener on Monday, the backup outfielder -- fourth on the depth chart at best -- came through with a pinch-hit, RBI single in the top ninth in the 3-2 Bears' victory. They now lead the best-of-five second round 1-0, with Game 2 back at Gocheok Sky Dome in Seoul on Tuesday.

The teams traded zeroes through seven innings, and each put up a two-spot in the top and bottom half of the eighth inning. 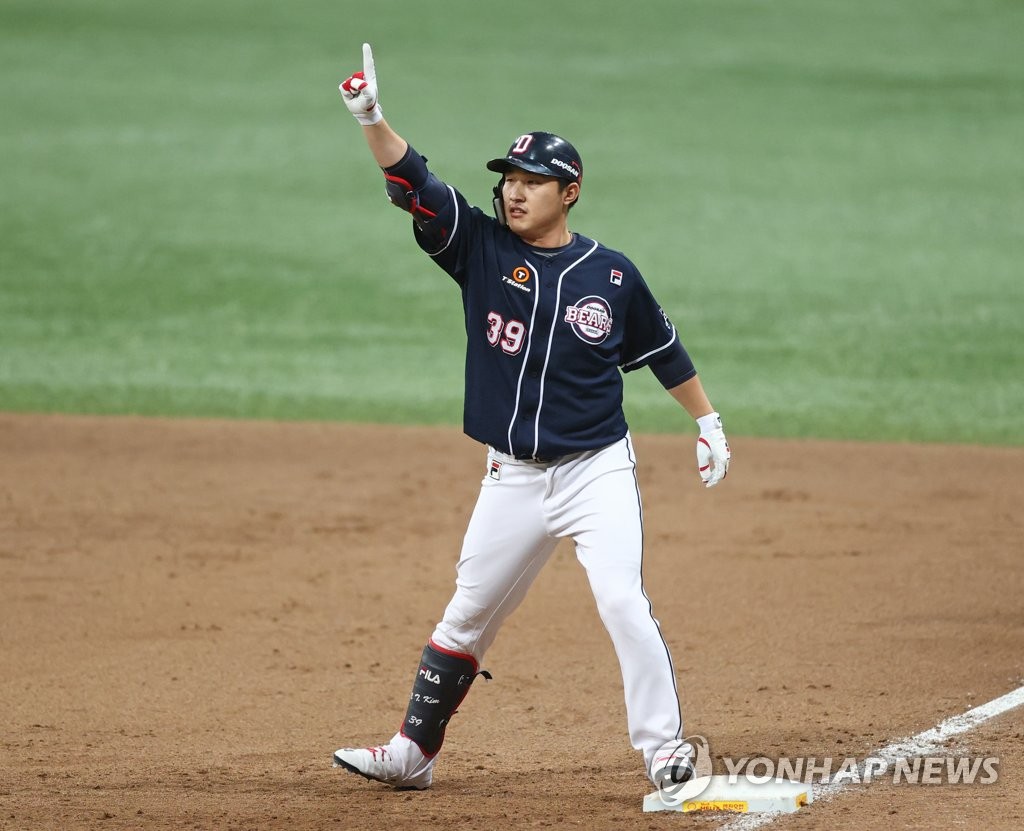 With the specter of extra innings looming, Kim came off the bench with one out in the top ninth and knocked in the go-ahead run against reliever Jo Hyun-woo.

When the left-handed hitting Kim In-tae came in as a pinch hitter, the Wiz countered by replacing righty Kim Jae-yoon with lefty Jo.

The battle ended quickly, as Kim swung on a 1-0 pitch and rolled it through the right side to score Lee for a 3-2 lead.

Kim was promptly lifted for a pinch runner, but he'd already had his moment.

"My manager (Kim Tae-hyoung) told me the infielders were playing in and I only needed to make solid contact to get a hit," Kim In-tae said. "After seeing one ball, I concentrated on making contact and just getting the ball through the infield."

Kim was the fourth overall pick at the 2013 draft. Armed with great bat-to-ball skills, speed and steady defense, he was at first considered an outfielder for the future for the Bears.

But he was blocked in the path by more accomplished outfielders in the Bears' lineup. He has mostly been limited to pinch-hitting duties since making his KBO debut in 2016.

But for teams to have playoff success, they sometimes need contributions from unlikely sources.

This was only Kim's second postseason appearance. He had one plate appearance in the Korean Series last year. He didn't even come off the bench in the first round against the LG Twins.

Kim, 26, said he tries to go into every game thinking he's going to enter at some point.

"Every batting practice, I walk into the cage trying to get ready for that game," Kim said. "I am the kind of guy who has to stay prepared at all times. And getting that one at-bat in the Korean Series last year helped. I wasn't as nervous this time around." 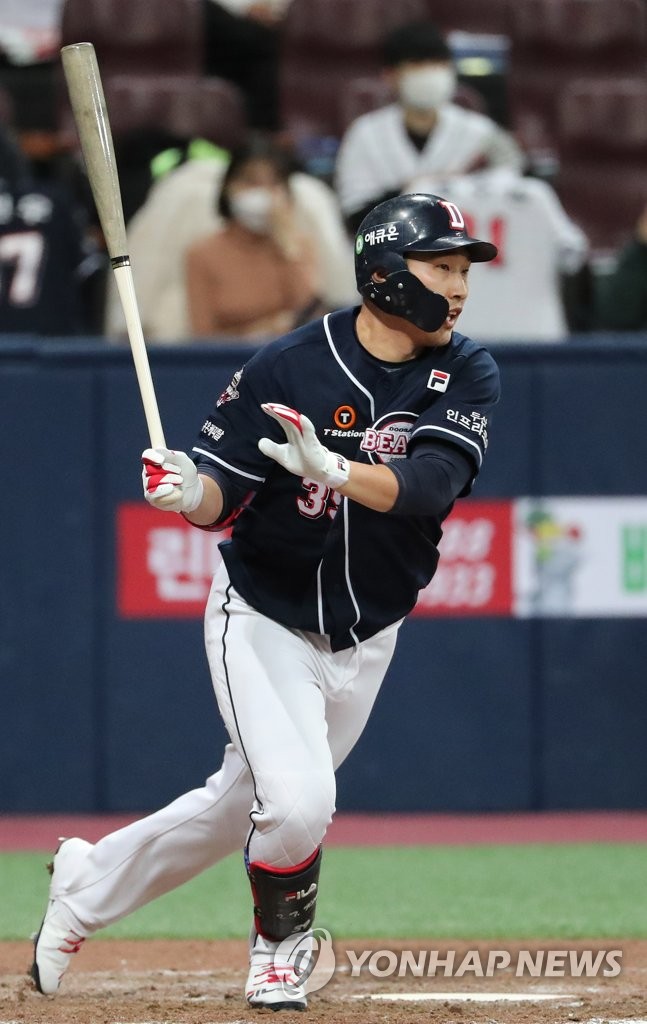