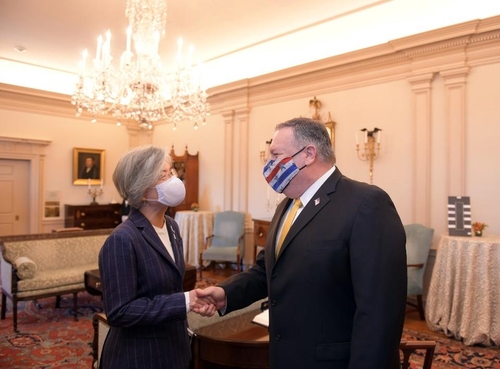 During the trip, Kang is also likely to meet officials from U.S. Congress and academia, including those close with Biden, according to diplomatic sources.

Talks had been under way to arrange meetings with Sen. Chris Coons of Delaware, and Michele Flournoy, former undersecretary of defense for policy under the administration of Barack Obama, and the meetings, if realized, will likely take place on Wednesday (U.S. time), a source said.

Coons is known as a longtime friend and ally of Biden and is considered a top contender to be named U.S. secretary of state. Flournoy is talked about as a strong candidate for defense secretary.

They discussed efforts to manage the situation on the Korean Peninsula against possible North Korean provocation in the wake of the U.S. election, according to the sources.