Hyundai Motor is mulling acquiring a controlling stake in Boston Dynamics, and the terms of the deal have yet to be finalized, according to reports.

The maker of the Sonata sedan and the Palisade SUV declined to confirm the reports. 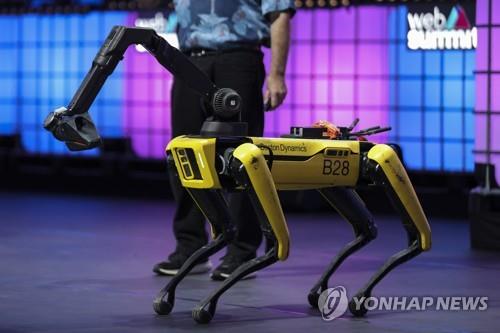 "As a global business entity, Hyundai Motor is continuously exploring various investment and partnership opportunities. Under company policy, we do not comment on market speculations," Hyundai said in a text message.

Boston Dynamics reportedly said its work "continues to excite partners interested in exploring a deeper commercial relationship with our company."

The robotics firm, more like a research organization than a profit-seeking business, has churned out machines that are technologically advanced but unprofitable. The machines are represented by Spot, a maneuverable dog-like robot.

It spun off from the Massachusetts Institute of Technology in the early 1990s and was sold to Google in 2013 and again to Softbank in 2017.