The annual Korea Sale FESTA kicked off for a 15-day run on Nov. 1, with around 1,800 manufacturers, retailers and other businesses joining the event. The government hopes to make its largest shopping event an equivalent to America's Black Friday for South Korean and foreign shoppers.

The combined spending made with cards reached 17 trillion won (US15 billion) over the first seven days of the event, rising 8.4 percent from a year earlier, according to the Ministry of Trade, Industry and Energy. 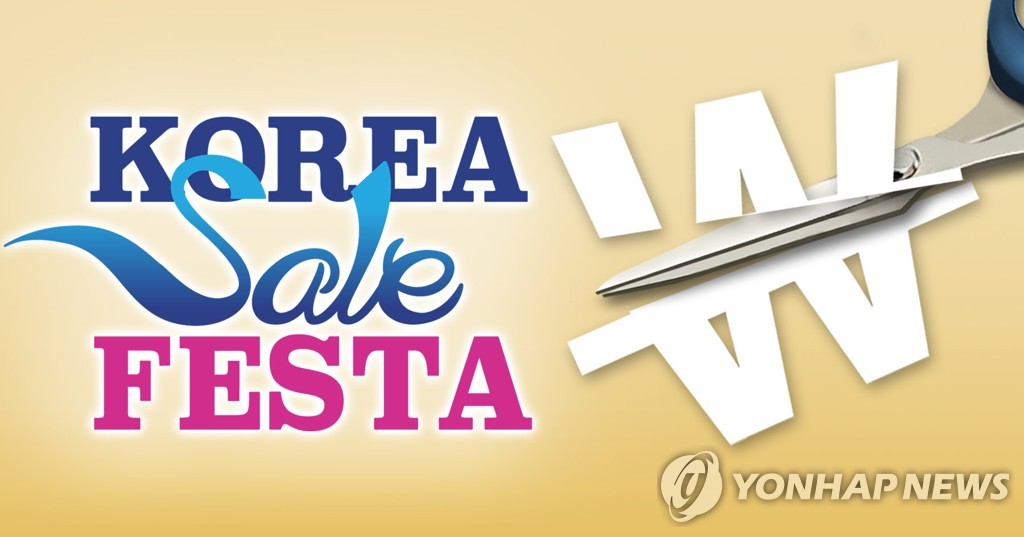 This year's event was especially significant, as South Korea has been facing economic jitters from the COVID-19 pandemic, with its social distancing scheme also weighing down consumer sentiment.

By segment, sales of automobiles reached more than 7,000 over the first six days of the program, rising 23.3 percent from the same period in 2019.

This year's festival marks the sixth of its kind since the government launched it in 2015 to help bolster the national economy, which had been hit hard by the Middle East respiratory syndrome outbreak.