Under the deal, Doosan Fuel Cell will provide solid oxide fuel cells (SOFCs), energy conversion devices generating electricity, for a 50,000-ton ship of Navig8, while the Singaporean shipping company will offer technologies to mount SOFCs on the ship.

SOFCs for the 50,000-ton ship will be used to propel the vessel and generate electricity for it, the company said.

The deal is the first case of Doosan Fuel Cell expanding its business from electricity-generating fuel cells, the company said.

The fuel cell maker plans to invest 72.4 billion won(US$64.7 million) to build a fuel cell plant with the aim of mass-producing SOFCs from 2024.

Navig8 is a global shipper that has about 140 petrochemicals or oil carriers, Doosan Fuel Cell said. 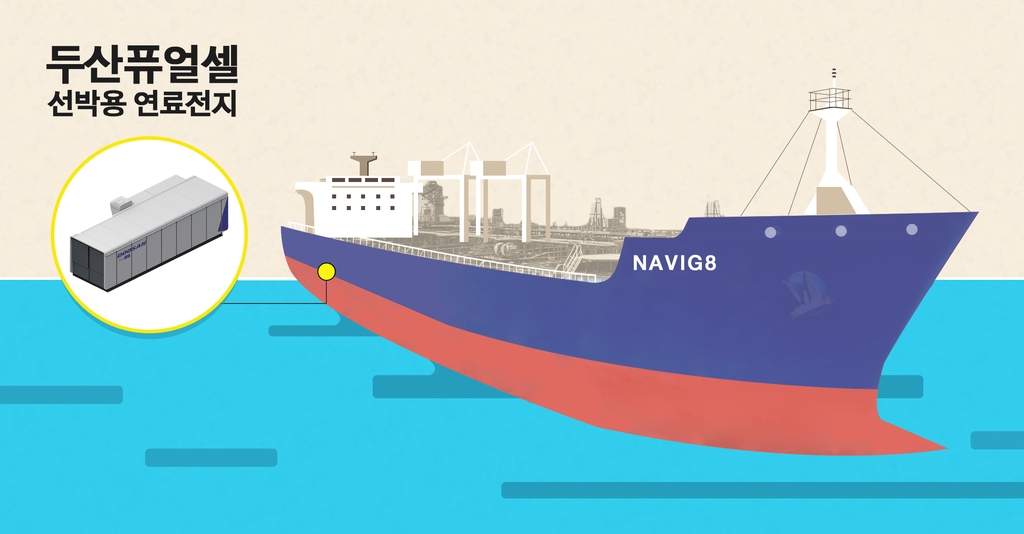 Doosan unit to develop fuel cells for ships with Navig8

Doosan unit to develop fuel cells for ships with Navig8