SEOUL, Nov. 10 (Yonhap) -- President Moon Jae-in plans to participate in a series of ASEAN-related summits this week, via video links, with a focus on Seoul's cooperation with Southeast Asian nations and the greater Asia-Pacific region, Cheong Wa Dae said Tuesday.

Moon will hold an online group summit with leaders of ASEAN, a regional intergovernmental organization comprised of 10 Southeast Asian nations, on Thursday to discuss Seoul's cooperation with member nations in various fields.

According to Cheong Wa Dae, the strategy includes seven new directions of cooperation, including a comprehensive plan to cooperate in public health, a key area of interest among the global community in light of the COVID-19 pandemic.

On Friday, Moon will hold a group summit with leaders of the five Mekong River nations -- Vietnam, Cambodia, Myanmar, Laos and Thailand -- to discuss ways to forge deeper ties.

In 2019, Moon and the leaders of the Mekong nations held their first summit in the southern port city of Busan. They adopted a joint declaration centered on enhancing their economic development cooperation in resources, farming and the environment by sharing Korea's experience of rapid post-war growth. 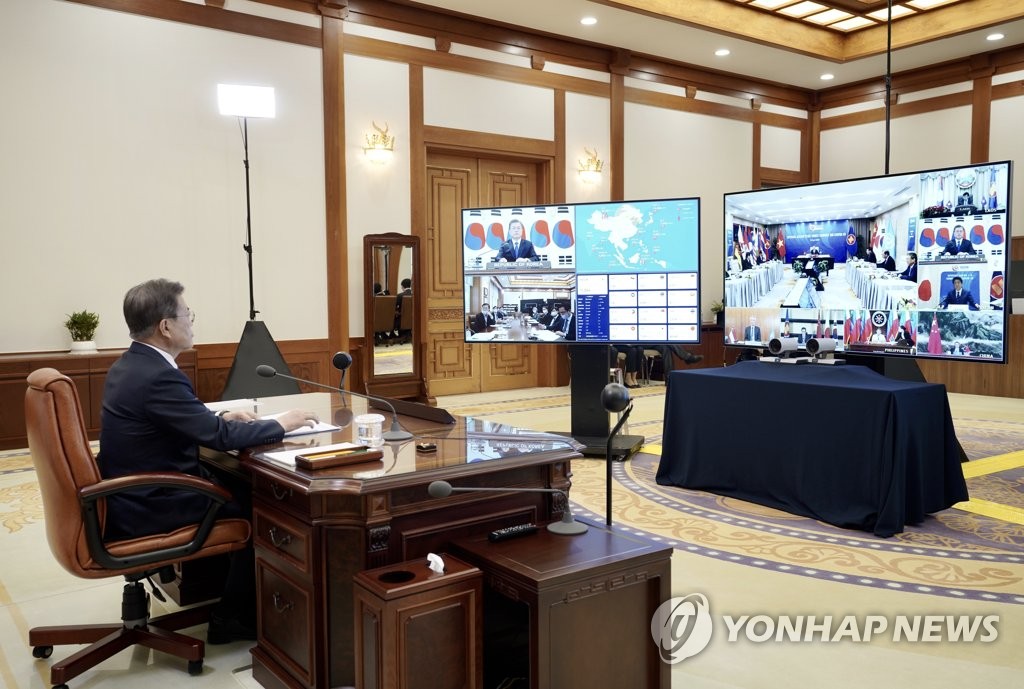 Moon on Saturday will also join the 23nd ASEAN Plus Three (APT) summit, a dialogue between the heads of ASEAN together with South Korea, China and Japan.

The APT summit was launched in December 1997 at the time of an Asia-wide financial crisis. The ASEAN members invited the Northeast Asian powers on the occasion of the 30th founding anniversary of ASEAN.

At the EAS summit, Moon is expected to highlight Seoul's efforts toward the goal of making the Korean Peninsula nuclear-free and bringing about peace in the region. 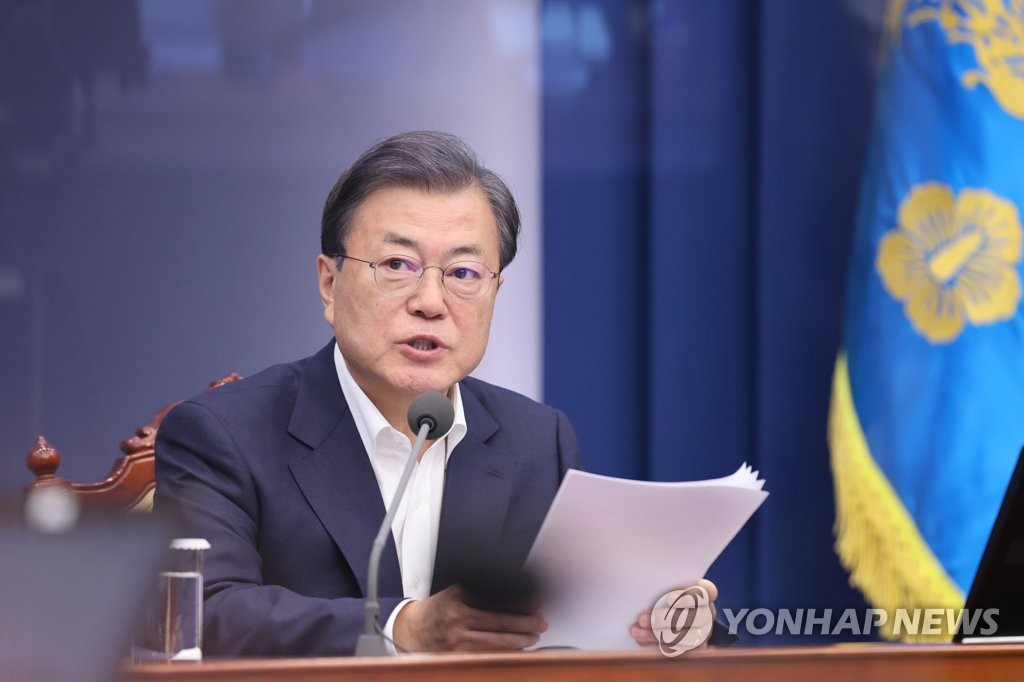 On Sunday, Moon plans to participate in a signing of the Regional Comprehensive Economic Partnership (RCEP), a proposed free trade agreement in the Asia-Pacific region, according to Cheong Wa Dae.

"Free trade within the massive economic bloc will open new opportunities for our companies and people from the new promotion of trade and investment, as well as diversification of export markets," said Cheong Wa Dae spokesman Kang Min-seok.