The National Human Rights Commission of Korea said it has advised the health minister to come up with legal provisions on human rights training for the workers, and also to require such training for the certification of nursing homes. 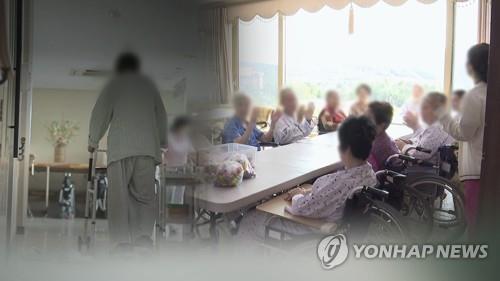 "Caregivers at nursing homes are not included in the official nursing and long-term care system and therefore have no legal basis for job training," the commission said.

According to the watchdog, a survey it conducted in 2018 found multiple cases of human rights abuses at the more than 1,560 nursing homes nationwide, including excessive use of physical restraint, poor care against bedsores, lack of respect for a patient's right to decide whether to enter or leave a nursing home, as well as the right to know of patients and their guardians.

The commission said the cases continued despite its request to the health ministry in 2016 to come up with preventive measures.

Elderly patients account for 80 percent of the total at nursing homes, and most of them are there long-term for six months or more, according to the watchdog.

"Nursing home workers provide care without distinguishing between elderly and non-elderly patients, so they are not fully aware of the human rights issues that may arise among the elderly. This requires special attention," the commission said, recommending the use of various educational tools to help the country's 40,000 caregivers understand senior citizens' basic rights.