The province of Gangwon on the east coast of South Korea said Tuesday it sent a letter to Pyongyang in August, with the help of civic organizations that provide aid to the North, seeking an opportunity to stage the 2024 Winter Youth Olympics together.

Gangwon was named the host of the International Olympic Committee (IOC) event in January this year. Though the name of the host city is usually attached to the competition, the 2024 event has been simply called Gangwon Winter Youth Olympics, leaving open the possibility that the two Koreas would jointly host it.

Gangwon Province is split between the South and the North.

Gangwon Gov. Choi Moon-soon has been pushing for co-hosting with the North and has previously said he would discuss the matter with the IOC.

In addition to jointly holding the competition, Gangwon is also seeking North Korean athletes' participation in the quadrennial event, according to an official with the provincial government.

Austria's Innsbruck and Norway's Lillehammer staged the first two editions of the Winter Youth Olympics in 2012 and 2016. Lausanne, Switzerland, hosted the 2020 event.

The organizing committee for Gangwon 2024 was launched last Tuesday. The competition is scheduled to run from Jan. 19 to Feb. 2, with some 2,600 athletes and officials from about 70 countries. 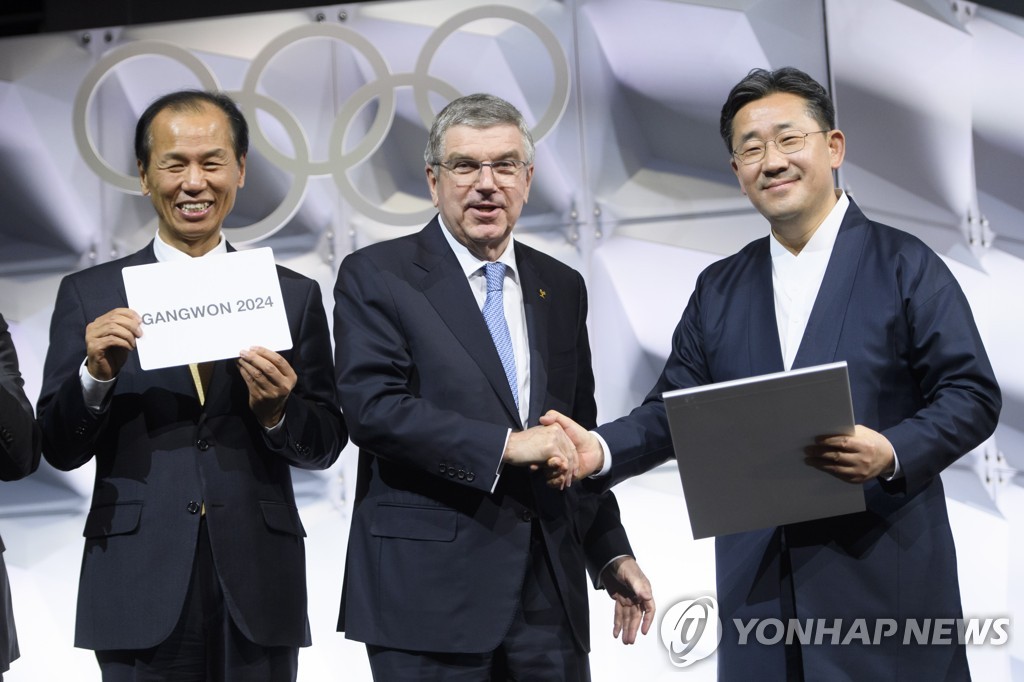