SEOUL, Nov. 10 (Yonhap) -- A public notice by a court went into effect on Tuesday to proceed with a stalled legal process to liquidate the assets of a Japanese firm and compensate wartime forced laborers.

The Daejeon District Court in central South Korea has served the notice to Mitsubishi Heavy Industries Ltd (MHI) to institute the compensation process, as the Japanese company failed to respond to a ruling by South Korea's Supreme Court to compensate five forced laborers and their families who suffered during World War II.

In November 2018, the top court upheld an appellate court's verdict to order the Japanese company to award 100-150 million won (US$89,600-134,400) each to five plaintiffs, including Yang Geum-deok, a 91-year-old wartime laborer. The plaintiffs filed the damage suit in 2012 for working without pay at a Mitsubishi aircraft plant in Nagoya in 1944.

When Mitsubishi did not take action, the victims asked the district court in Daejeon in March last year to seize the company's assets in Korea -- two trademark rights and six patents -- to push ahead with compensation. If the asset seizure goes as planned, four victims, excluding one who has died, are to get 804 million won in damages. 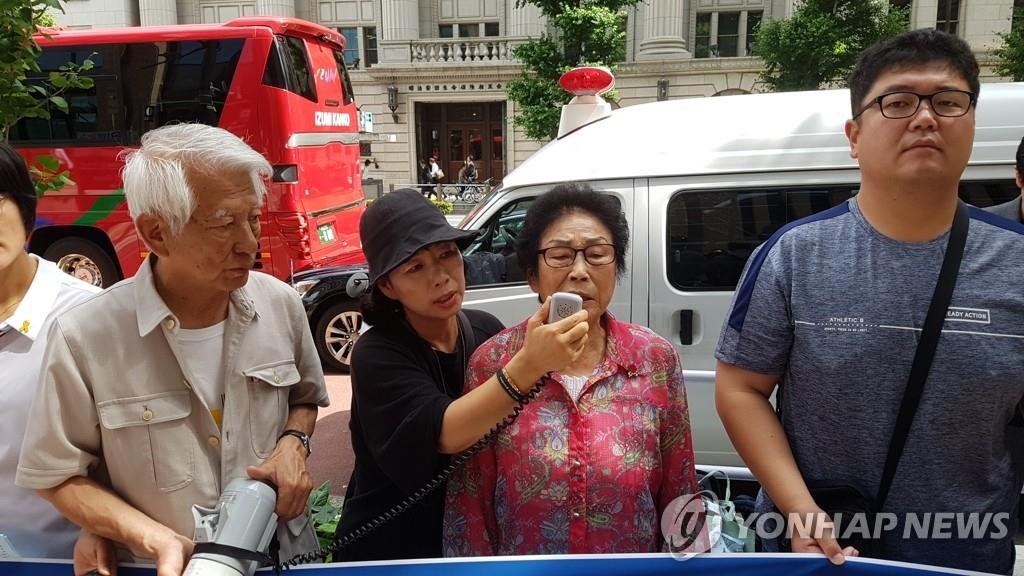 Under the Hague Convention, the issuance of a public notice means that a court ruling is considered to have been delivered to a defendant in another country, in cases where the defendant does not respond or the delivery fails due to an invalid address.

As part of the ongoing legal process, the court in Daejeon has also served the firm with an asset seizure notification, which will take effect on Dec. 30.

Japanese news media, including NHK, reported that Mitsubishi said it would soon submit its response to the South Korean court, although it claimed that the 1965 treaty between the two nations all but settled colonial-era issues.

South Korea's foreign ministry said in a statement, "The government respects the judicial judgment and the rights of victims, and is open to various reasonable solutions while taking South Korea-Japan relations into consideration."

"We have been closely consulting with the Japanese side to find out a solution while listening to various opinions from various walks of life, and we will continue related consultations down the road," it added.