The event on Wednesday will be the first time in 17 years that a president has formally marked Farmers Day, which falls on Nov. 11, according to Cheong Wa Dae deputy spokesperson Lim Se-eun. 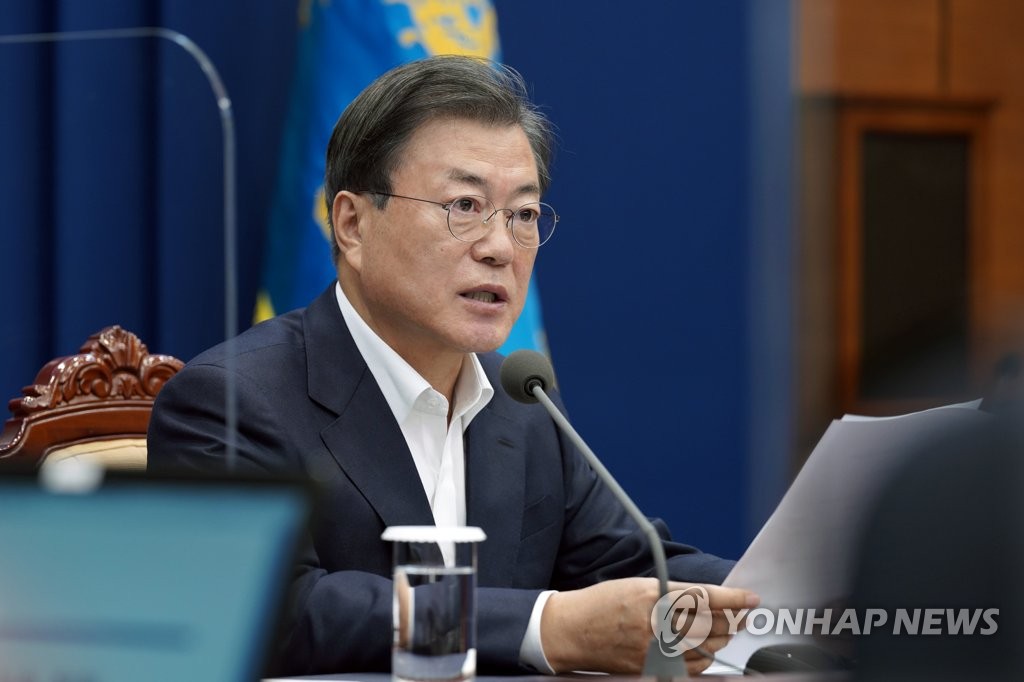 Through the event, the president intends to boost the morale of farmers who have been hit by the effects of flooding, African swine fever and the coronavirus pandemic this year, and recognize their role as the nation's producers of safe food, Lim said.

Cheong Wa Dae, which used to be part of Gyeongbok Palace, has historical significance as a venue because it was from there that past kings oversaw the nation's harvests by personally planting crops from all eight provinces in a field, according to the spokesperson.

For lunch on Wednesday, Moon will be served a special mixture of premium varieties of rice from all eight provinces.

Five thousand packs of the mixture will be sold live on a TV shopping channel, weighing 5 kilograms each.

The event will also open with a video message from David Beasley, chief of the United Nations World Food Programme, winner of this year's Nobel Peace Prize.

In the video, Beasley will express his gratitude to South Korea for its support for the organization, Lim said.